Home » REDD » Without oversight and safegaurds, REDD may be caught up in web of corruption

Without oversight and safegaurds, REDD may be caught up in web of corruption 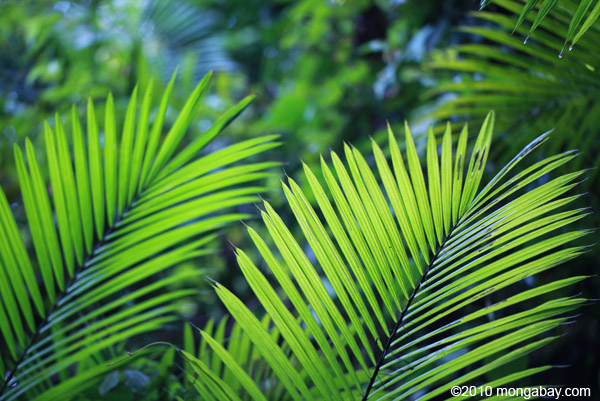 The issue of measurement, reporting and verification of carbon levels is set for the agenda at COP 16 in Cancun next month. Experts warn, however, that more attention must be given to the monitoring and reporting of REDD+ financial flows, which stand to be caught up in complex webs of corruption.

There will be a lot at stake. In Copenhagen last year developed countries committed new and additional resources to forestry worth $30 billion for 2010-12, and set out to mobilise $100 billion annually from 2020 to address the needs of developing countries. If any of that money makes its way into bank accounts overseas, the money trail becomes difficult to follow.

“We need to focus on prevention, because once money is put into accounts abroad, they become very difficult to trace,” said Ajit Joy, Indonesian country manager of the UN Office of Drugs and Crime. Joy was speaking at the International Anti-Corruption Conference in Bangkok, joined by other experts in a session on forest crime, organised by CIFOR and Transparency International.

The panelists painted a grim picture of the current climate of corruption. CIFOR researcher Ahmad Dermawan reminded the audience that most of the countries that stood to receive financial REDD+ were among the most corrupt.

“Most of these countries rate very poorly on Transparency International’s corruption perception index. Many of them are close to the bottom,” he said.

“Every time we asked if forest had been destroyed, they would always say the forest is fine. And every time we saw it wasn’t and tried to enforce the law, they would attempt to pay a bribe,” he said.

But not all the news is bad. Some progress has been made in tackling corruption, and countries like Indonesia appear to be taking the potential benefits REDD+ could bring their country very seriously.

Director of CIFOR’s Forest Governance Program, Andrew Wardell, pointed to Indonesia’s appointment of Kuntoro Mangkusubroto as head of its REDD+ taskforce as a positive sign. Kuntoro earned widespread trust and respect for managing the millions of dollars that were poured into Indonesia after the 2004 Indian Ocean tsunami, which killed more than 180,000 in Aceh and Nias.

Wardell added that forest agencies alone could not effectively address many of the issues associated with forest crimes.

“The scale of these problems requires the involvement of multiple agencies and actors, and the application of sectoral and intersectoral instruments to curb corruption and fraud.”

Kassim of the Malaysian Anti-Corruption Commission agrees, saying that a new “joint-venture” approach adopted by the commission to tackle corruption in the forestry sector was proving successful.

“We have used a new approach, where we’ve used people on the ground as informants and undertaken undercover operations,” he said.

The approach has resulted in the prosecution of a number of top forestry officials.

Another sector that could be better utilised to help follow the money trail, panelists said, is the banking sector. Julie Walters from the Australian Institute of Criminology said that Indonesia banks had a legal obligation to collect information about account holders, identify “political exposes people” and report any unusual activity in their accounts.

“For a small bank, it probably won’t have the skills or capacity to identify a political exposed person, someone who is in a local government or a judge,” she said.

CIFOR’s Dermawan said that without an improvement in the capacity of all relevant agencies to monitor the money trail, Indonesia could stand to lose REDD+ benefits.

“If Indonesia does not manage funds better, donors will go to other countries to start REDD+ projects. Anti-corruption is key to making REDD+ work.”