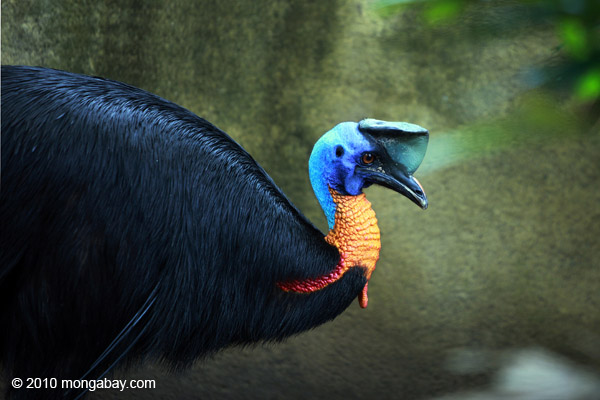 Tropical cyclone Yasi has left cassowarys to starve according to Australian NGO, Rainforest Rescue. Cassowarys eat the fruit of from tropical forests, but many of these were knocked down in the Category 5 storm.

To save the cassowary population, the NGO is proposing to provide food for the animals at remote feeding stations, keeping the massive birds away from potentially fatal cars and dogs. To help the NGO with its plan: Cyclone Yasi Cassowary Appeal.

The Southern cassowary is listed as Vulnerable to extinction by the IUCN Red List, the foremost authority on such matters. According to Rainforest Rescue only 1,000 or so birds are left in Australia.