Posted By mongabay on Jun 12, 2013 in Photography, Photos, Wildlife 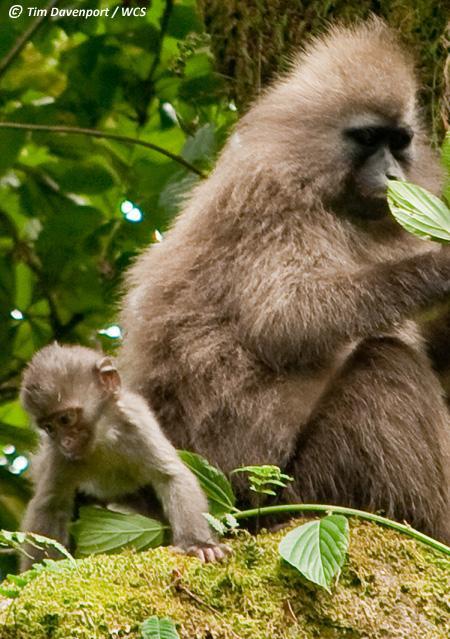 A critically endangered monkey, the kipunji infant picture here was born to a one-handed mother.  She lost the extremity in a snare. Photo by Tim Davenport / WCS.

A Kipunji (Rungwecebus kipunji) infant was just born in Tanzania this month, an important addition to the critically endangered monkey species. The Kipunji is the first new species of monkey to be discovered since 1923.  Originally scientists had assumed that this unique primate was a mangabey, an endangered population of Old World monkeys that live in African rainforests.  However, DNA tests revealed that the Kipunji is of an entirely new genus and the Kipunji was officially declared a new species in 2006.  The small Kipunji population resides in a forest on Mt. Rungwe that is protected by the Wildlife Conservation Society.