Posted By mongabay on Jul 25, 2013 in Photos, Uncategorized, Wildlife 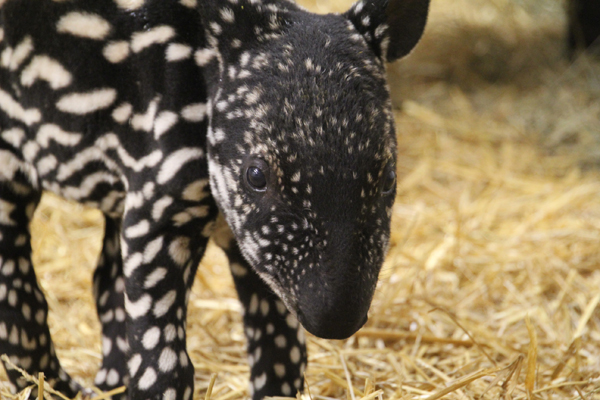 Last Saturday, a female Malayan tapir (Tapirus indicus) was born at the Minnesota Zoo, the first baby tapir for the zoo in over 20 years.

“Malayan Tapirs are an endangered species and every birth is important to the population,” said Tom Ness supervisor of the zoo’s Tropics Trail at the Minnesota Zoo, located in Apple Valley.

The only tapir species found outside of Central and South America, Malayan tapirs are currently listed as Endangered by the IUCN Red List. The shy, elusive mammals–weighing as much as 450 pounds–are imperiled by massive deforestation, hydroelectric projects, and the illegal wildlife trade. Unfortunately, the unmistakable animals inhabit some of the most endangered forests in the world in Sumatra (Indonesia), Malaysia, Myanmar, and Thailand.

However, a recent study found that the Malayan tapir may actually be doing better than expected, at least on the Malaysian mainland.

Although the baby can not yet be seen by visitors at the zoo, there is a webcam. 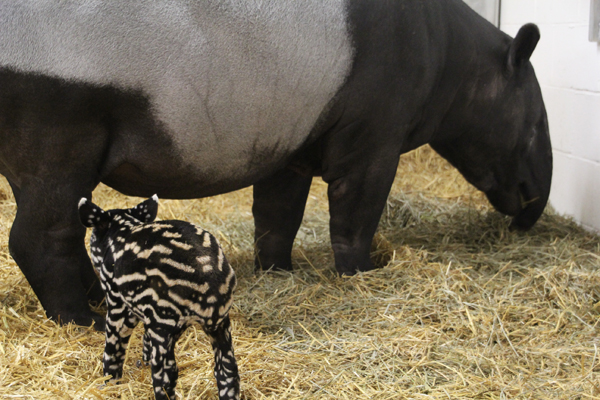