Posted By mongabay on Jul 25, 2013 in Photography, Photos, Wildlife 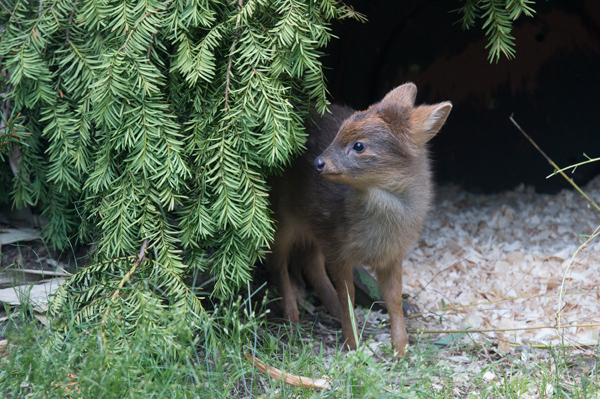 The first week of July marked one of the as the World’s cute as the worlds smallest deer was born in the Wildlife Conservation’s Society Queen’s Zoo. The doe, a member of the endangered Pudu species (Pudu puda) weighs approximately one pound at birth and will only grow up to be twenty pounds as an adult.

The Pudu are one of nature’s most extraordinary creatures. The Pudu is the smallest deer species in existence measuring at thirteen to seventeen inches high and up to thirty three inches long, roughly the same size as a miniature poodle, but it manages to thrive in the rainforest’s of south America. Pudu’s are herbivores eating sprouts, leaves, and almost any other form of shrubbery that they can find.  Because of their small size however this wonderful animal has developed some very unique behaviors in order to obtain it’s food, being known to sprint, jump, or even climb up trees, all the more impressive given that these animals have hooves. This whimsical little animal has even been known to bend saplings or bamboo shoots into a makeshift bridge in order to reach higher branches, as well as running in zig-zag formation in order to evade predators.

Pudu’s are currently listed as endangered primarily due to extensive deforestation in Chile and Argentina. Due to a growing human population the Pudu’s native habitat is slowly being whittled away by a combination ranching, agricultural development, and logging rendering many of these animals homeless. Another threat to the Pudu is from hunting and poaching. Often used as sport for dogs, the Pudu is hunted down in order to feed these domesticated animals, and because of their extremely cute nature they have been widely targeted victims of poaching to be illegally exported as pets. 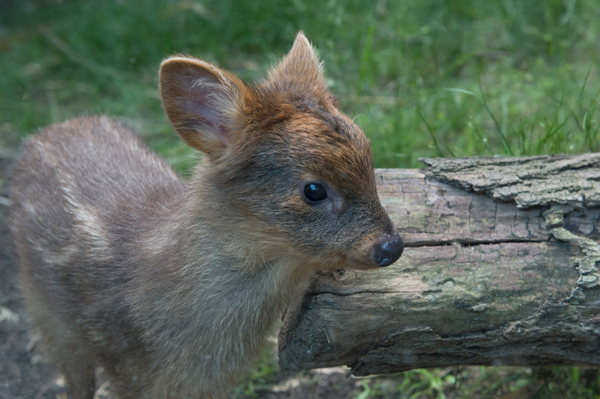