Posted By mongabay on Sep 23, 2013 in Environment, Wildlife 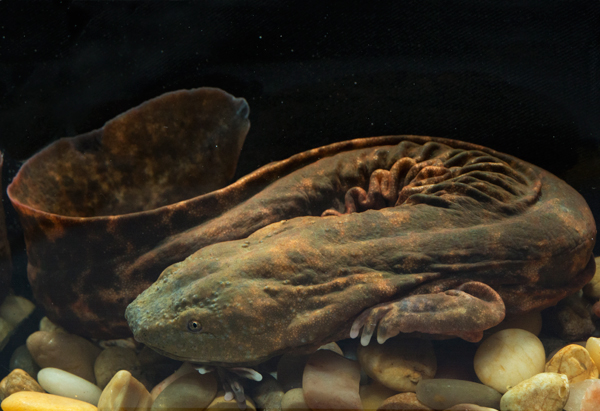 The WCS’s Bronx Zoo is joining the fight to save the world’s largest salamander, the Eastern Hellbender, by teaming up with the New York State Department of Environmental Conservation and the Buffalo Zoo in reintroducing 38 of these animals into wild streams in the state of New York. Juvenile eggs were collected from the Allegheny River drainage at the start of the program, and they were raised off-location and returned to that same drainage. Each amphibian was tagged with a chip for future surveys and species health assessments after exposure to their natural environment.

This program will enable conservationists to release young hellbenders back to the wild at an age that will enable them to survive and live a full life in the state of New York. Currently this state lists the Eastern Hellbender as a species of Special Concern, due to several factors including disease, pollution, and habitat destruction.

Hellbenders are found in rocky streams and are entirely aquatic. Some of their nicknames include devil dogs, Allegheny alligators, and snot otters. Hellbenders can measure nearly two feet in length as adults, and join a category of two other giant salamanders, the Japanese giant salamander and the Chinese hellbender, which can grow to up to six feet long. 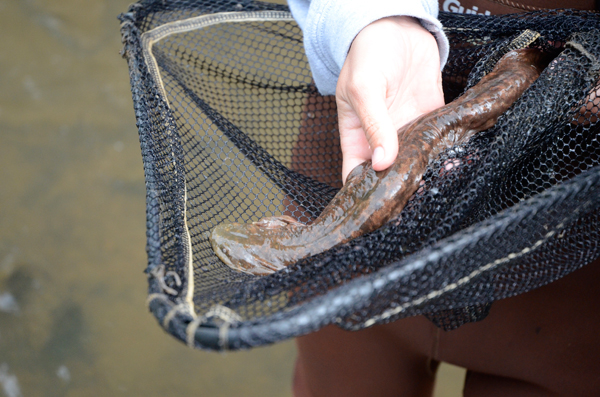