Sparing a thought for maleo birds on World Egg Day

Posted By mongabay on Oct 10, 2013 in Photography, Wildlife

By Simon Bradley / Save Our Species IUCN

Friday, October 11th is World Egg Day, when agribusiness promotes the consumption of eggs as a healthy source of protein. When it comes to one of Indonesia’s national icons however, the Endangered maleo bird (Macrocephalon maleo), conservationists such as the Alliance for Tompotika Conservation (AlTo) an SOS – Save Our Species grantee, are trying to discourage the practice of eating its giant eggs for special occasions. 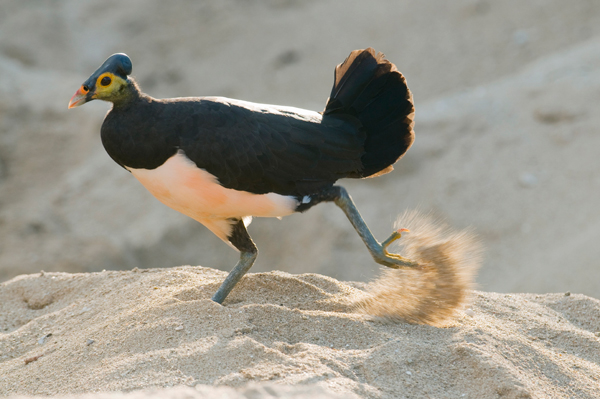 This distinctive megapode – about the size of a chicken – is endemic to Sulawesi and Buton Islands, where it once blackened the beaches during egg-laying season, when the usually solitary animals would march out of the jungle to mate and bury eggs deep in the sands. Nowadays, the unusual life-cycle of the maleo is an increasingly rare sight. Using its big claws to hatch and tunnel to the surface, the lone chick can walk, feed itself and fly within a matter of hours, being independent of its parents and leaving evolutionary biologists to ponder how individuals recognize each other later in life.  A remarkable bird indeed, the maleo is also strikingly beautiful and has been legally protected in Indonesia since 1972. Yet old habits die hard and maleo eggs – like most megapode eggs – are very high in protein, making a tasty dish for those who can find them.

Consequently, as with so many species, it seems effective maleo conservation hinges on local support and participation in the process. Going beyond awareness-raising to protecting eggs on site has proven an effective strategy implemented by conservation organization AlTo which has been actively engaged with local Taima community members for the past decade.

Protecting nest sites and allowing eggs to hatch naturally has seen a 62% increase in bird populations in one site where AlTo works, for example. Meanwhile the impact of using other methods including incubation has yet to be measured and gauged. According to Marcy Summers, director of AlTo, “doing conservation as close to possible as keeping things in their natural wild state is generally the first way to go for effective conservation efforts.” 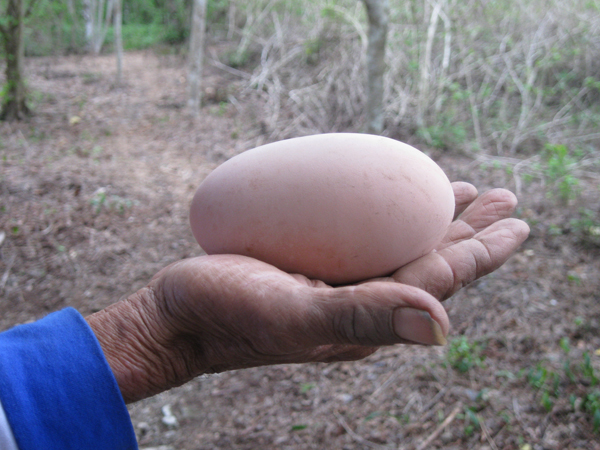 The giant maleo egg in a man’s hand. Photo by ALTO – Marcy Summers

AlTo’s strategy to date has been to educate local community members to identify, survey, monitor and protect egg sites and to report incidences of harvesting these precious eggs. As AlTo integrated into the community it has also begun to conduct surveys to identify other possible nesting beaches, often tapping into local knowledge and experience. But the organization also works with local authorities to support the enforcement of laws. Meanwhile, the recent official recognition of the area as one of seven Essential Ecosystems by the Indonesian Federal government is a boon for all local conservation efforts.

Naturally funding from external sources helps AlTo maintain and develop the program. For SOS a global coalition initiated by three founding partners—IUCN, World Bank, and GEF–it was the combination of an excellent grassroots project with proven results and the prospect of real conservation success that made AlTo’s maleo bird project the seventh active SOS project in Indonesia and its third in Sulawesi alone.

For Marcy Summers and the community of Tompotika, such support helps continue the slow but steady progress toward restoring the maleo bird to being more than just a national symbol, but a living breathing success story that everyone helped make happen. So perhaps today on World Egg Day, spare a thought for the maleo and its giant egg and get involved.  Hopefully through the efforts of groups like AlTo we may yet be celebrating new calendar days like Maleo Egg Day instead! 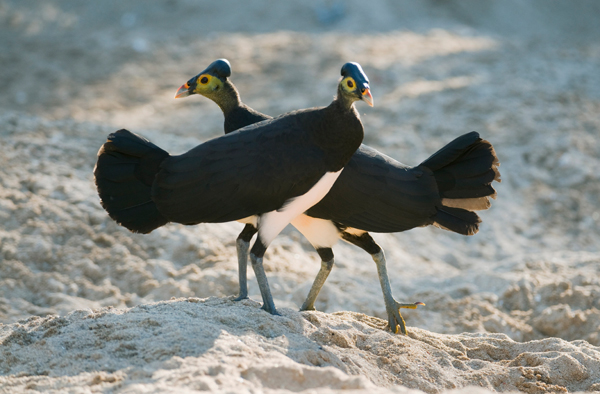 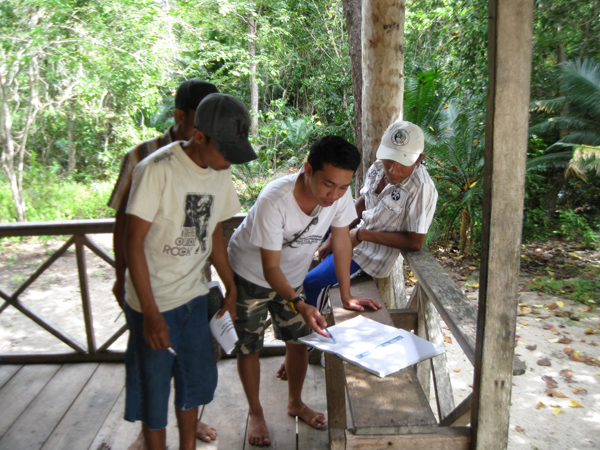