Home » Commentary » Is ‘human rights’ the right approach for protecting the interests of forest-dependent people?

Is ‘human rights’ the right approach for protecting the interests of forest-dependent people?

Posted By Mongabay on Feb 23, 2014 in Commentary, Forests 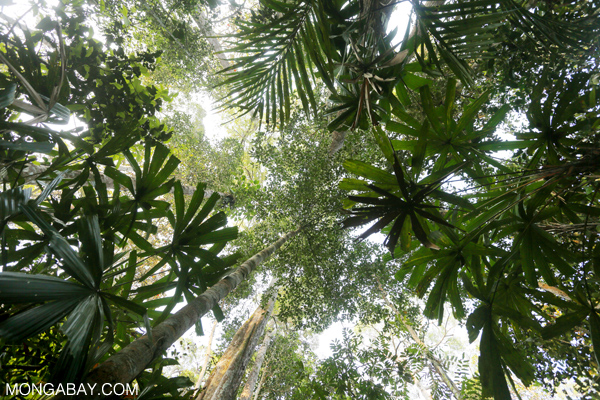 Rainforest in Indonesia. Photo by Rhett A. Butler

The immediate trigger for this essay is a blog post by Professor Rosaleen Duffy of SOAS University of London. In the said blog, Dr. Duffy shares her reflections about the London Conference on Wildlife Trafficking. Concerned about the increasing militarization of wildlife conservation policy and advocacy, Dr. Dufy suggests,

“We are witnessing a greater call to arms to ‘combat’ and ‘fight’ poaching. More boots on the ground and more weaponry runs the risk of escalating a poaching war as each side gets locked into an arms race and an increasingly deadly conflict (for rangers and for hunters/poachers). It runs a second danger that local communities will get caught up in the war regardless, because of their proximity to heavily fortified protected areas.”

In the ‘Land Use Policy’ paper cited below, I have shown that while human rights discourse may be useful in drawing attention to the plight of local communities, and may even be helpful in justifying such rights for forest-dependent people, but they do not help us in dealing with the challenges on the ground. I have argued that the key challenge on the ground is to bring in some semblance of accountability of government agencies who continue to exert strong territorial control over territories set aside as state forests by the fiat of colonial and post-colonial governments. Governments own and control more than 86% of the world’s forests, a percentage which is much higher in the developing countries. Government forestry agencies have continued to pursue programs and policies that are heavy on the discourses of participation, but devolve weak rights to local communities.

While the key argument that I make in the paper is to emphasize the importance of holding the state to account, a careful reading of the evidence presented in some of the works cited below would also show that international conservation-groups have not invested in the efforts to hold the state to account for two specific reasons. First, international conservation groups prefer centralized control of forests and wildlife areas because they believe that such control is instrumental to the promotion of effective nature conservation. Indeed, as Dr. Duffy commented in response to the comments on the Just Conservation blog, “Where states are engaged in repression, forced displacement, human rights abuses, etc. wildlife NGOs often stay silent.” Second, and, perhaps more importantly, any efforts to hold the state to account are likely to draw attention to the accountability of international nature conservation groups. Dr. Duffy’s reflections about the London meeting, and many other reports about the militarization of conservation published on this website and portals such as ‘Just Conservation’, should serve as a wakeup call.

In conclusion, it is important to assert that any questioning of the effectiveness of rights-based approaches in conservation should not be construed as an argument against the importance of either nature conservation or the rights of people who are affected most directly by international nature conservation. Indeed, the questions that I have raised above are borne out of a shared interest in achieving each of these important objectives. The argument is that we must ask some hard questions about the criteria that should be used in prioritizing the goals of nature conservation over the rights, in particular the land and livelihood rights, of forest-dependent people. Most importantly, in the interest of nature conservation and the fundamental rights of forest-dependent people, international conservation agencies will have to stand up to governments and government agencies that continue to work with the intention of maintaining territorial control at any cost. We should stop thinking instrumentally about rights. Instead, we should deliberate seriously about the social, cultural, political, and economic rights, which must be recognized as non-negotiable.