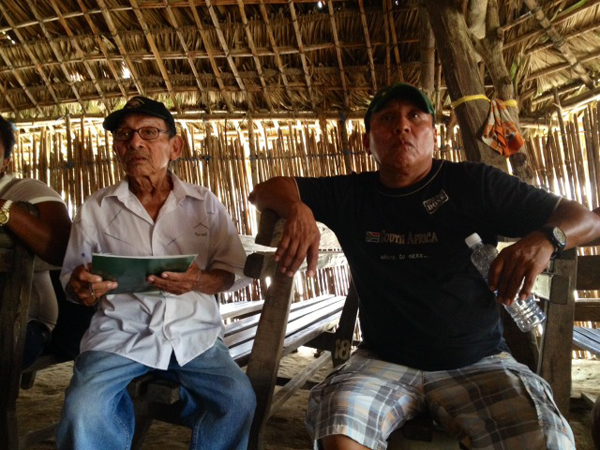 Don Jesus was tasked with the logistics for the conference, and Don Feliciano would be taking care of all the meals for more than 25 people. This was no small feat for these two septuagenarian men, who had to do a lot of phone calling and running around in order to try to secure things like ice and a motorboat and a generator. In the end, ice was the only thing they couldn’t get — and that’s because refrigeration is hard to come by on the island. If you were to bring it by motorboat, the ice would have likely melted under the hot Caribbean sun along the way.

This was the first conference of its kind to be held in Ustupu, one of the 49 populated islands that make up the Kuna Yala comarca, an indigenous territory in Panama unlike any other worldwide. In the last decade, severe weather changes have caused regular flooding on many of the islands, and the local sea level has been increasing around three-quarters of an inch each year due to the effects of climate change. Because of Kuna Yala’s current quandary and also its unique history of land rights and forest conservation, the community was chosen as the site for a discussion about climate change focused solely on the perspective of indigenous peoples.

Facing the crowd at barely five feet tall, and wearing his trademark baseball hat and flip-flops, Don Jesus welcomed the group with an introduction to Kuna history. 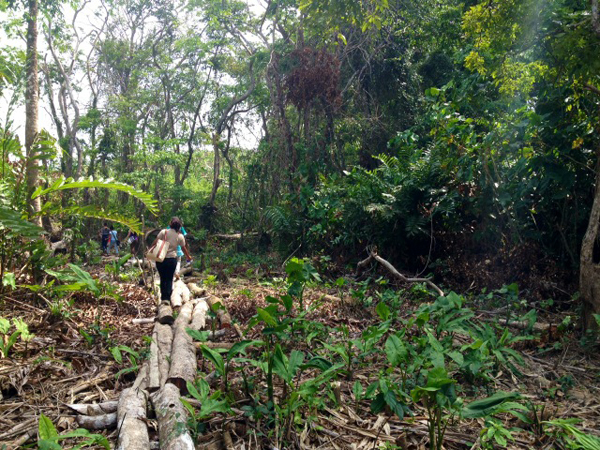 “Over two hundred years ago, our great-grandparents who were living further east, in Colombia, got displaced,” he began. “So they started looking for their promised land. They were looking for not just a place to live and to grow food, but also a place where they could conserve the plants they depended on, their traditions, and language.”

According to Don Jesus, his ancestors knew “how to face change.” So rather than move to the mainland, where they’d have to contend with mosquitos, mangroves, difficult terrain, and wild animals, the Kuna decided to settle on dozens of small islands peppering what today is the eastern Caribbean coast of Panama. They would continue to live off the sea, catching lobster and octopus, but also practicing subsistence farming on the edges of the mainland forest. This is still the Kuna way of life today.

The conference attendees, young men and women from Kenya, Ecuador, Chile, Manipur, Indonesia, Bangladesh, and from the Emberá community of Panama, listened to one Kuna elder after another, their words being spoken in their native language, then translated into Spanish and English, via interpretation headsets.

For Jemimah Mattei, a Masaii activist, and Lalit Chakma, from Bangladesh, the Kuna experience was as foreign as it was refreshing. After all, both indigenous leaders had traveled a very long way to hear these older men speak about how they managed to not only hold on to land, forests, and their traditions, but also the ways in which they’re planning their future today, in the age of climate change.

Around the world, indigenous peoples are feeling the effects of climate change — sea level rise, increased rates of wild fires and drought — disproportionately. And coming up with localized, independent, sustainable adaptations to climate change is key for their survival. But as it turns out, some of those homegrown solutions to our current climate crisis could also hold important lessons for us all.

After four days of PowerPoint presentations (powered by a loud generator), group discussions about the meaning of the United Nations Declaration on the Rights of Indigenous Peoples, and visits to the Kuna’s mainland forest, the conference ended, and everyone started their long treks home.

This summer, I’ll return to Ustupu with photographer Bear Guerra, my husband and collaborator. We’ll reconnect with some Kuna elders, young Kuna leaders, biologists, and experts on medicinal plants and forests, to look more deeply into those lessons the Kuna may be able to share with the world. 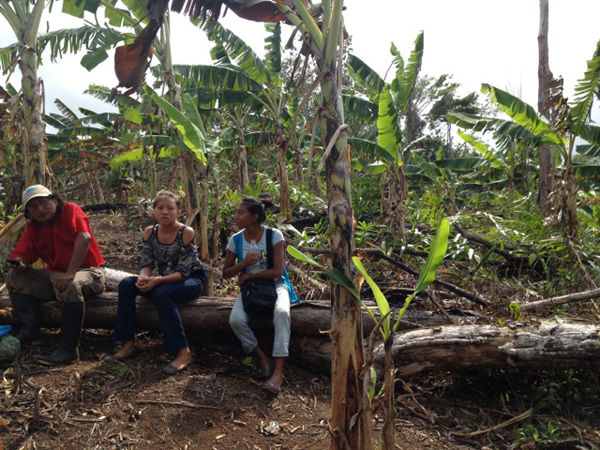