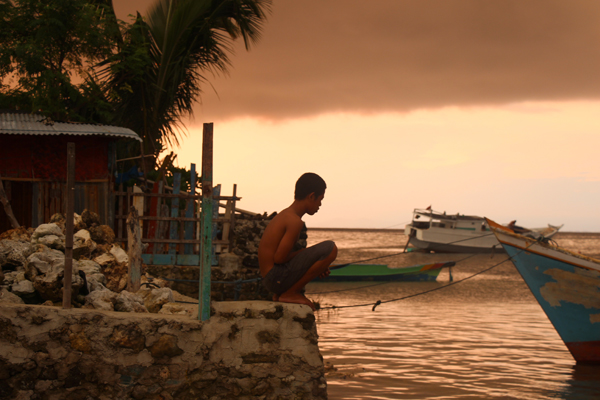 A boy takes in the sunset on Barang Lompo, one of the Spermonde Islands in Indonesia. The loss of local reef cover from destructive fishing practices and soil runoff from the nearby city of Makassar exposes islands like Barang Lampo to extreme weather. Over the last thirty years, this tiny island, like others in the region, has lost a tenth of its landmass from the erosive force of storm surges and increasingly larger waves, according to researchers at Universitas Hasanuddin in Makassar. Island communities have built cement walls to halt the loss of landmass, such as the parapet that this boy is resting on.