Home » Commentary » The allure of the Amazon: real or imagined?

The allure of the Amazon: real or imagined?

Posted By mongabay on May 19, 2014 in Commentary, Environment, Forests, Photography, Travel, Uncategorized, Wildlife 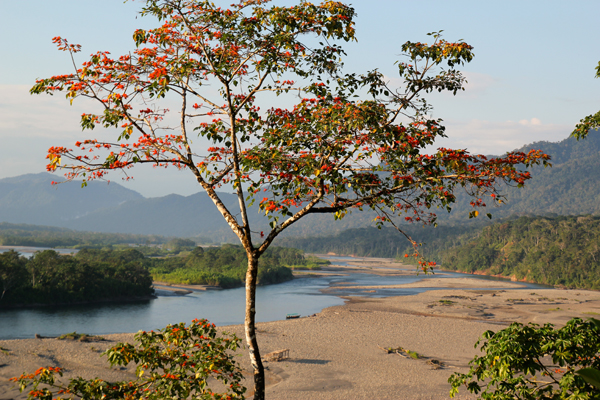 What is it about the Amazon that fires the imagination? For as long as I can recall it has been a symbol for the Earth as it wants to be; a flourishing paradise perhaps, a place of explosive variegation, the jungle in full bloom.

Like the untamed areas outside of the cities in Brave New World, The Heart of Darkness and The Lost World, the jungle has formed an archetype for all that is natural and untouched by man. It offers us adventure and escape, as far removed from tarmacked roads and rigidly planned towns as one can imagine.

Alan Watts, the philosopher, talked of the chaos of nature, the absence of straight lines, the negation of geometrical form, the forest is “squiggly” as he might have termed it. To some this knotted mass is anathema, it offends the neat dissection of their reason, to others it is a liberation from a tyrannical mind, hell-bent on order and destruction. Through the wilderness they seek the dissolution of the ego, transcendentalists for a new age. Despite a century or more of western exploration the jungle remains tenebrous, unknowable. A thousand Victorian explorers are replaced each generation with people seeking out something, a new tale to tell, the discovery of a new tribe perhaps. 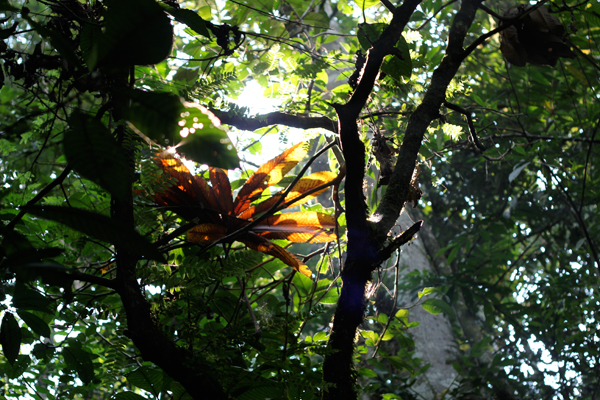 Where once we looked at native forest dwellers as quaint but primitive, there is now a new movement, looking to them for insights and hints on ways to live. Have we got it right? We ask. Our culture is not so sure of itself as it once was. In the jungle too lies hope: new medicines and new species. Scientists revere the forest for its fecundity, for every new discovery we find there is much, much more to learn. Its vastness promotes humility and yet for all its scale it is delicate nonetheless. Logging, mining and agriculture are tumorous.

“We know this” we tell ourselves: it is the stuff of a hundred lachrymose news programs, images of burned out forests branded in our minds; we have become inured and so we get on with our lives, it being just one more thing to worry about…

I dreamt of the Amazon as a child. I heard about its beauty and its imminent destruction and wanted to do something about it…but what can an 11 year old do? So, I dreamed some more…. When I actually arrived it was vastly different to the images I had seen on the news. In Manu I can see no grand scale farming, no sweeping clearances, just flecks of damage, like sun spots on an otherwise unblemished face. And yet I know that much worse is happening. In Huaypetue there is a gold mine so sprawling it can be seen from space; Hunt Oil’s unctuous presence has undermined native communities land rights; and the completion of the Pan American highway, stretching from east coast Brazil through the Madre de Dios region, threatens to enable Peru to enact a scale of destruction comparable with its neighbor.

But for all that I can do nothing but film and write. As a journalist I do not make policy or conduct scientific research. And yet I appreciate the beauty of the forest and can only communicate my reverence in the hope that others may offer change. 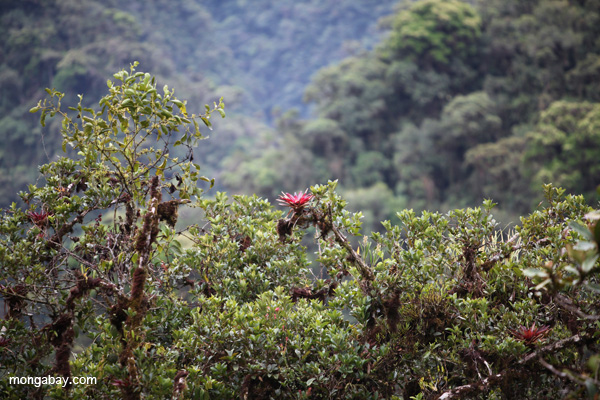 After just a few weeks in the jungle, I had forgotten what it was like to wake up without the sound of Oropendulas dropping their calls from palm tops or a night spent without chirruping cicadas, balmy heat and fireflies flickering in the darkness. Here, for the first time in my life I saw the Milky Way streaking across the night sky, and each morning watched trees held in relief against a fuchsia dawn.

Don’t get me wrong. It is not all pleasant, far from it. Trails turn to mush at the slightest sign of rain and the insects are relentless. Walking at midday seems like wading through boiling sap, my shirt turns into a sodden rag, my backpack a sponge for sweat. Still, I count myself lucky. A dream fulfilled does not always live up to the dream, but it can get pretty close, and in life I suppose that is as much as we can hope for. Phoebis philea and Anteos menippe butterflies in large group feeding on minerals in mud in Manu. Photo by Rhett A. Butler / mongabay.com