Reporter’s Journal: In Search of Sardines 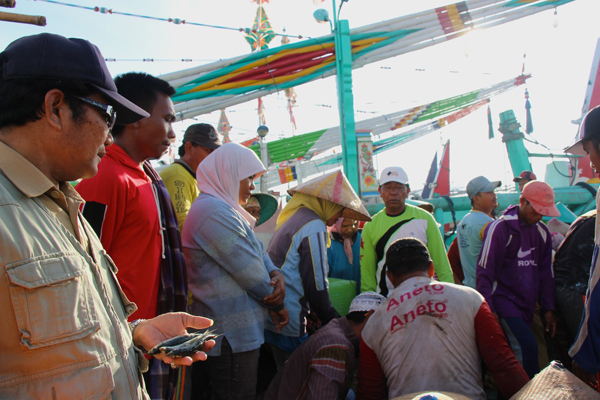 Community members crowd aboard a slerek purse-seiner in Muncar, East Java, the morning after a successful sardine fishing expedition. University of British Columbia researchers calculated that nearly half the landings in Muncar are distributed to the crew, their relatives, and their neighbors, to eat at home or sell. Though an insurance for protein-rich diets among the local community, the practice means that commercial sardine sales are a poor proxy for estimating the actual catch. As in much of Indonesia, the lack of reliable fisheries data is an impediment for government officials attempting to develop management programs.