Home » Environment » An armadillo the size of a golf ball

An armadillo the size of a golf ball

Posted By mongabay on Sep 26, 2014 in Environment, Photography, Photos, Wildlife 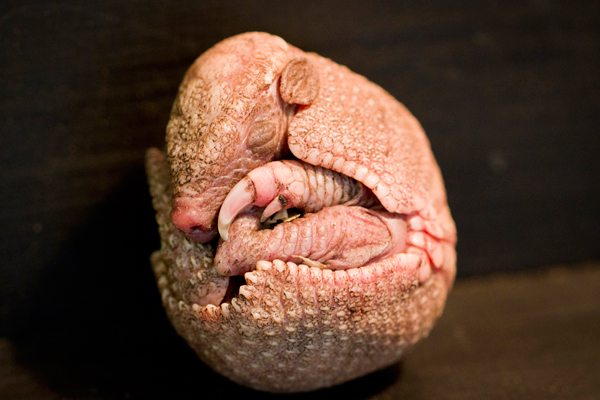 Rica just after birth. She was born the mere size of a golf ball. Photo courtesy of the Edinburgh Zoo.

Meet Rica, the baby three-banded armadillo.  Rica is a tiny new arrival at the Edinburgh Zoo born on August 24th and weighing in at just 81g or roughly the size of a golf ball.  She was born to proud parents Rio and Rodar who only arrived at the zoo in March of 2014.

“This is the first birth of any armadillo species at Edinburgh Zoo and it is amazing how quickly little Rica is growing up! She is just amazing to watch; always full of energy and scurrying about her surroundings like a perfectly formed miniature of a fully grown three banded armadillo,”  Gareth Bennett, Senior Presentations Keeper at Edinburgh Zoo, said in a statement. “For her first few weeks she could not quite roll up into a perfect ball because of her huge claws and softer, smaller shell, but she has now grown into her shell and can quickly pack herself into the tightly sealed ball which adult three banded armadillos are known for.”

Little Rica, along with her parents, is certainly an ambassador for some very noble conservation work supported by the Royal Zoological Society of Scotland in the Brazilian Pantanal. The Giant Armadillo Project, lead by conservation biologist Dr Arnaud Desbiez, aims to establish the first long-term ecological study of giant armadillos in the Brazilian Pantanal wetland.  Mongabay has covered the work of Dr. Desbiez and The Giant Armadillo Project in the past, including a touching piece on the caring maternal nature of the species and the first photos of a baby giant armadillo.

Both the three-banded and giant armadillo are listed as Vulnerable by the IUCN Red List, with ongoing exploitation and habitat loss and degradation as reasons for their decline. 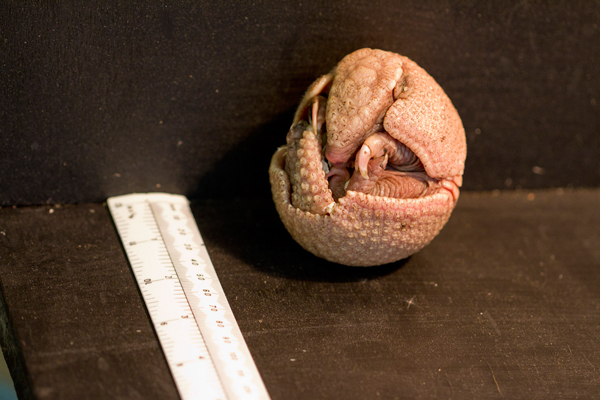 Showing her true size. Photo courtesy of the Edinburgh Zoo. 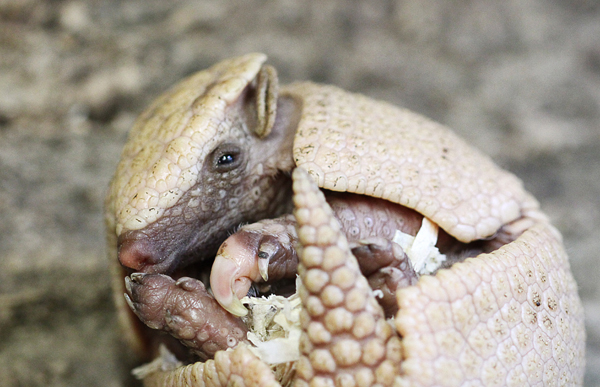 Getting closer on her roll. Photo courtesy of the Edinburgh Zoo. 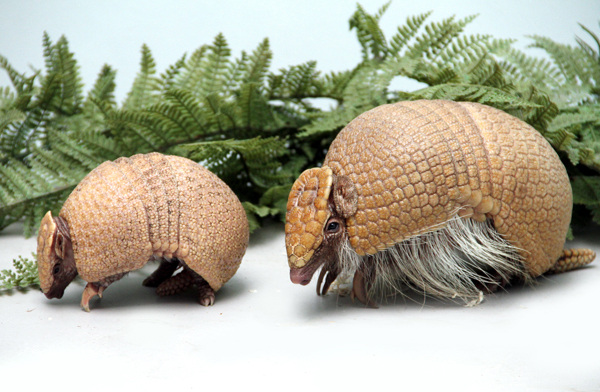 Rica and her mom. Photo courtesy of the Edinburgh Zoo.