Posted By mongabay on Jan 12, 2015 in Environment, Wildlife 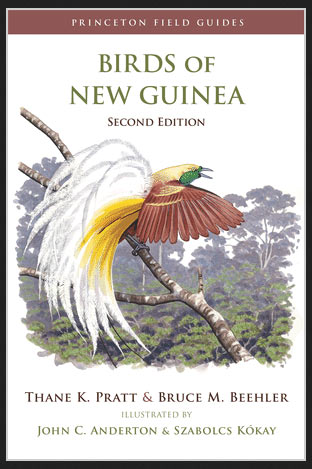 Close to half of New Guinea’s birds are endemic – found nowhere else on Earth. From cassowaries to parrots to birds-of-paradise to kingfishers, New Guinea has some of the most interesting and diverse birding opportunities found anywhere on Earth. Birds of New Guinea: Second Edition describes in rich, illustrated plates 780 bird species including 366 endemic birds found only on New Guinea.

In Birds of New Guinea: Second Edition, the authors have greatly expanded the description of each species beyond the typical birding guide. Each bird’s description includes a highly detailed analysis of their behavior, diet, nesting, and other features including how to identify sex and local variation in plumage and size. This is done by changing the typical bird book style where information is only opposite the illustration of each bird by adding a second much larger expanded section on each bird that is separate from the illustration of each bird.

Birds of New Guinea: Second Edition is an absolute must-have for both birders and individuals who work in the public or private sector focused on conservation of New Guinea’s ecosystems.