Baby orangutan orphaned by the palm oil industry when its forest habitat was cleared for a plantation in Sumatra. More orangutan photos. 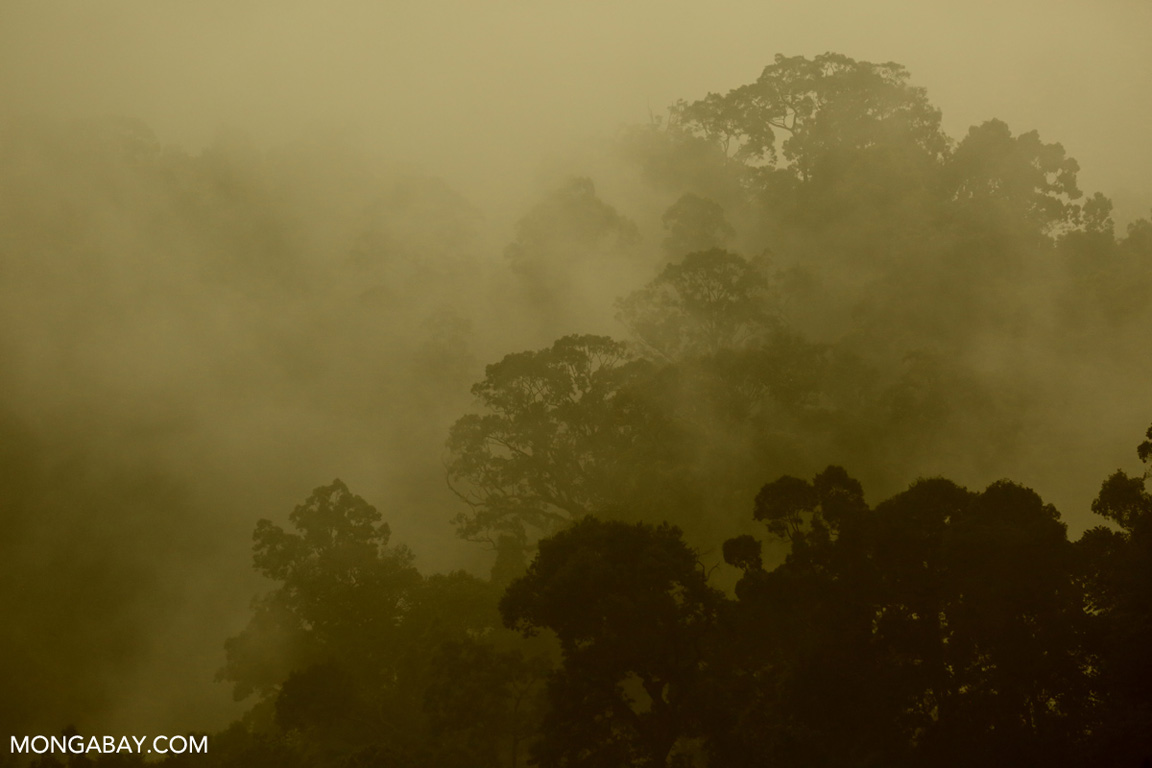 Indonesia’s Bukit Tigapuluh National Park is one of the last strongholds of lowland tropical rainforest in Sumatra. Most of the island’s lowland forests have been destroyed for palm oil, timber, and agriculture. More pictures from Sumatra.

Photos: up close and personal with Sumatran elephants

Posted By jlhance on May 1, 2011 in Photography, Photos, Wildlife

Indonesia’s pulp and paper industry: Helping the poor or helping itself?

Giant Dipterocarp tree in Gunung Leuser National Park, North Sumatra. Photo by Rhett A. Butler in 2009 Over the past several years, Asia Pulp & Paper has engaged in a marketing campaign to represent its operations in Sumatra as socially and environmentally sustainable. APP and its agents maintain that industrial pulp and paper production — as practiced in Sumatra — does not result in deforestation, is carbon neutral, helps...

Posted By Mongabay on Jan 13, 2011 in Uncategorized

Thomas’ Leaf Monkey is a species found in Sumatra, Indonesia. It typically lives in groups from 10-20 individuals and feeds on fruit, young leaves, seeds, and occasionally insects. Wild ginger flower on the Indonesian island of Sumatra. Photo by: Rhett A. Butler. Click to see more photos of wild ginger.