Saving nature in a post-wild world

Posted By Mongabay on Dec 21, 2011 in Uncategorized

Guest post by the American Society of Landscape Architects. 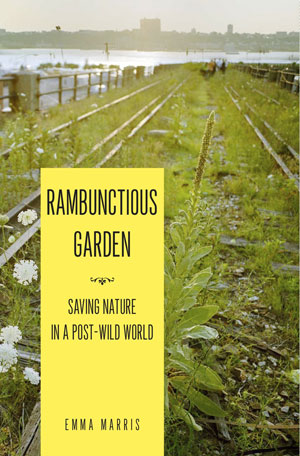 Emma Marris is author of Rambunctious Garden: Saving Nature in a Post-Wild World and has also written for Nature. Read her op-ed on the Anthropocene in The New York Times.

In your new book, Rambunctious Garden: Saving Nature in a Post-Nature World, you argue that “we are already running the whole Earth, whether we admit or not.” You say this calls for a new definition of nature beyond “pristine wilderness,” which no longer exists and hasn’t for some time. How must nature be defined now?

I struggled with that definition in the book, since much of my argument is about enlarging nature to include more kinds of things and places beyond pristine wilderness, from backyard birds to city parks to farms. But one risks proposing a definition that is so inclusive that pretty much everything is nature. My own personal take is that impermeable surfaces, like roads and (non-green) roofs are not nature. But obviously, a park with some paved paths is still nature at the scale of the park.

I am not sure we need a rigorous and watertight definition. We know nature when we see it, because we respond to it. At any rate, there’s a lot more of it out there outside of designated nature reserves than inside.

You also argue that the “ecosystems that look the most pristine are perhaps the least likely to be truly wild.” So what are wild landscapes? Where are they now?

We have an expectation that ecosystems that look the most like they did in the past will be the most wild. But with climate change and all the other changes humans are making to planet Earth, keeping systems looking like they did in 1491 or 1770 or 1882 requires more and more management. Thus, if your definition of wild is that humans are not in control, the wildness of places like Yellowstone is declining even as their superficial appearance remains the same. Meanwhile, abandoned, marginal lands chock-a-block with exotic species, weed species and–occasionally–broken cars and appliances are some of the only truly unmanaged landscapes left. Here, species that humans moved around are adapting to the changing Earth and creating new ecosystems. Ecologists like to call these places “novel ecosystems,” but I think that undersells the fundamental dynamism of all ecosystems, which are all novel on one time scale or another. I like to call these places “the new wild” and I find them really exciting.

You say climate change adaptation has been a dirty word in environmentalist circles. How are current approaches to ecological restoration exacerbating or alleviating climate-caused changes in landscapes?

Novel ecosystems are often discussed as good starting points for restoration or design projects that aren’t going to aim for a historical baseline. I think that’s a smart strategy. But I also hope we leave some of them alone to see how they will naturally adapt to the changing climate. We can learn a lot from these places.

More traditional modes of restoration, bringing back native species and reconstructing historical ecosystems, aren’t a bad idea, per se. But the more the climate changes, the less perfectly adapted these historical assemblages will be to current conditions. It isn’t just a matter of planting a few plants from the next USDA hardiness zone down, either. Some places will see thresholds crossed, where fire or water regimes fundamentally change, and then trying to recreate old systems really just won’t work.

Recently, I was talking to some Nature Conservancy scientists about their work trying to protect and restore watersheds in the Southwest in drier and more combustible times. I asked them if there were any pines that were more fire and drought tolerant than the pines that grow in the region. They said that yes, there were some in Mexico that did better in hotter, drier conditions. I suggested they plant a few of those and they just looked at me like I had suggested something offensive and unthinkable. Native plants are great, but live plants from a few hundred miles away are, to me anyway, better than charred native stumps.

Why is assisted species migration still so controversial, given, in some instances, gardeners, farmers, and landscape architects have been doing this for thousands of years?

The difference has to do with this wilderness fixation. If we move a plant and place it in a garden, a farm, a timber plantation or a city park, no one seems to mind. But if we do this in a place that we’ve mentally categorized as “wilderness,” then it is suddenly unthinkable because the only possible correct state for that place is that (usually mythical) day before the first person–or first European, often and even more vexingly–arrived. It is as if our culture has placed all our guilt and all our ideas about a fall from Eden and all this other baggage about nature in these carefully demarcated areas. Outside, anything goes and no natural value is recognized. Inside, the rules are very strict–counter-productively strict–and value is intense and spiritual. Obviously, I am generalizing here. There are certainly shades of gray and varying opinions.

You say there’s a “very well entrenched” culture of fighting invasive species. However, globally, it’s quite rare for introduced species to cause native species’ extinctions. In addition, some ecologists are now moving past this either-or duality and see a new reality beyond native or invasive: novel ecosystems. How are they changing the concept of native and invasive? How extensive are they? What are their benefits?

I sort of defined them a couple of questions ago, but a more formal definition is actually on the way, in a forthcoming volume on the subject edited by University of Western Australia restoration ecologist Richard Hobbs, Carol Hall, a Victoria, British Columbia-based environmental consultant, and University of Victoria philosopher Eric Higgs. The book will answer all these questions more rigorously than I can, but the short answer is that they are brand new ecosystems assembled in the wake of humanity’s actions, but not actively managed by them. They are very extensive, but because of their marginal nature often overlooked. Their benefits include nearly all of the benefits to humanity of more historical ecosystems: carbon sequestration, erosion control, water filtration, habitat for species, you name it. They are even sometimes quite lovely. But, yeah, they are mostly made up of exotics, so they are not given much love. 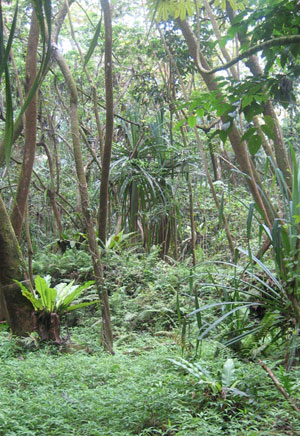 In that forthcoming book, I co-author a little sidebar that suggests that the concept “novel ecosystem” won’t necessarily be with us that long–just long enough for us to learn to see these spaces and for us to accept the extent of changes to “traditional” ecosystems. Eventually, I think we might divide up systems by whether they are actively managed or not, and neither of them will be pristine, untouched wilderness. So we won’t need the term. 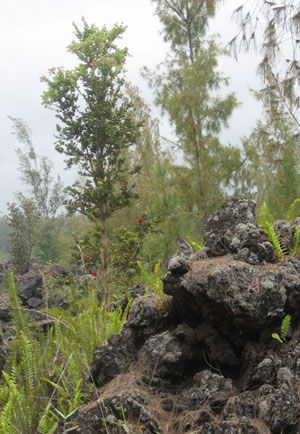 Yep. And I think landscape architecture is in many ways way ahead of ecology and restoration ecology on this. I suppose the difference is that ecologists are now talking about doing Central Park-like things in places that, last year, they hoped to restore to some kind of simulacrum of untouched virgin wilderness. So the new thing here is maybe using the techniques of landscape architecture in places labeled as “nature” or “wilderness.” But it is all semantics, no? The plants and animals don’t know if they are in a park or and arboretum or a federal designated wilderness. They just live.

The simple reason landscape architecture wasn’t featured more in the book is that my day job for six years was writing about ecology for the journal Nature, so that’s the world I was steeped in. I am just now learning more about the exciting and parallel developments in landscape architecture. I like the idea I heard recently from Diana Balmori about how parks should be long and skinny and thread through the city as a part of it, rather than big blocks of separateness. I like that; it seems potentially more inclusive and more harmonizing of city and nature than the block model. 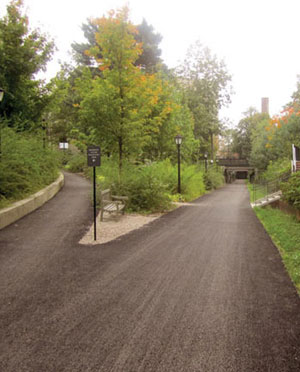 Another project I love is in my hometown of Seattle, the Pollinator Pathway, which connects two parks with pollinator-friendly gardens in parking strips. 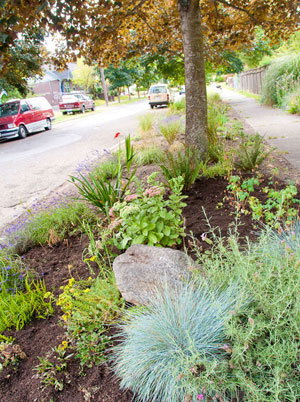 Obviously, these kinds of things aren’t going to single-handedly save the planet. We need major systematic changes in how we use resources, we need better laws and regulations, we need to stop sprawl and mindless development. But I think that bringing nature to the city, in particular, can not only bring beauty and surprise to our lives but can build support for those big, difficult societal changes. Why would you vote for nature if you think that it only exists in large national parks that you can’t afford to go visit? Nature should be a familiar friend from the neighborhood, not a place you watch rich people ski and hike in on TV.