Posted By mongabay on Apr 5, 2013 in Photography, Photos, Uncategorized, Wildlife 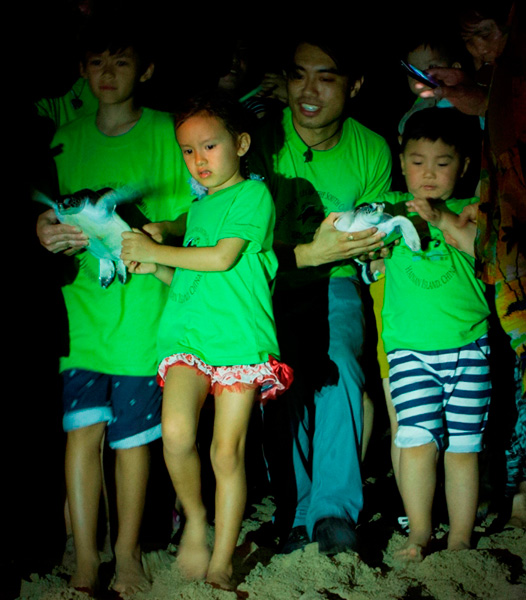 To commemorate this years Earth Hour and raise awareness of turtle conservation, the Chinese organization Sea Turtles 911 released two Green Sea Turtles (Chelonia mydas) back into the wild during this special hour.

Earth Hour encourages businesses and households worldwide to switch off their lights for one hour between 8.30pm and 9.30pm on the 23rd of March. This is to raise awareness of climate change. This provided a great opportunity for Sea Turtles 911 to highlight the threats turtles suffer from climate change and other human impacts such as artificial light.

Light along the shore line can confuse nesting females and hatched baby turtles who rely on moon light to guide them to the sea, leading further inland.

This species is listed as Endangered on the IUCN’s red list and listed on Appendix 1 of CITES (Convention on International Trade in Endangered Species of Wild Fauna and Flora). Hence making the trade of this animal or part of the animal illegal, however illegal poaching is still a big problem for this species and the black market thrives.

Sea Turtles 911 has linked up with a local resort The Ritz Carlton Sanya on Hainan island, China to put together this special event. This has helped increase awareness of the threats to turtles, using education and engagement, which is a vital part in protecting the future of these stunning marine reptiles.

The two turtles released were given the names “Diqiu” and “Xiaoshi” which together means Earth Hour in Chinese. 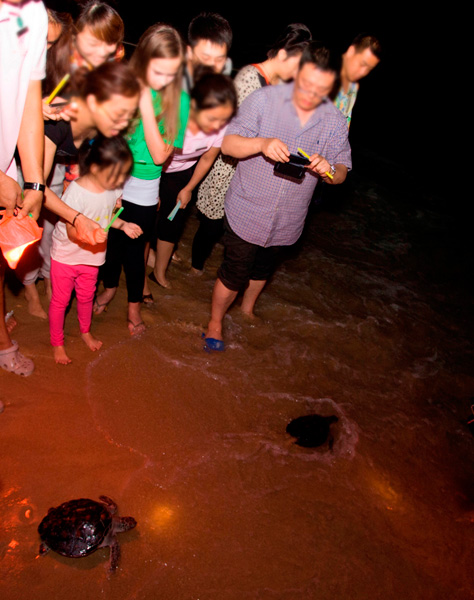