Posted By mongabay on Apr 8, 2013 in Photography, Photos, Travel, Wildlife 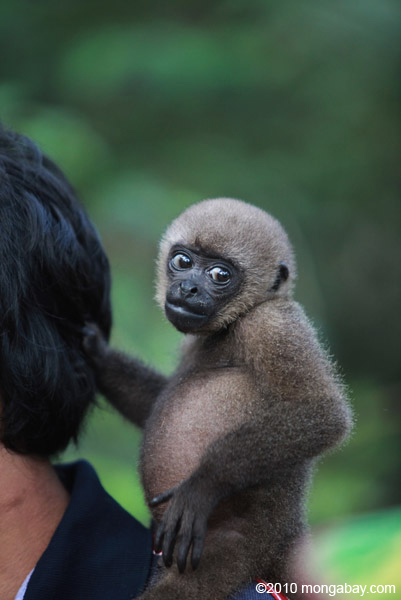 The woolly monkey (Lagothrix lagotricha) is listed as “Vulnerable” on the IUCN’s Red List. In fact, studies predict that the species will decline at least 30% in the coming 45 years. The IUCN cites hunting, habitat loss due to the expansion of farming land, and pet trafficking. These pictures were taken at a rehabilitation center for animals in the pet trafficking trade in Amacayacu National Park, Colombia.

Woolly monkeys are named for their thick, woolly fur. Coloring ranges from dark grey to a light red hue, and serve to camouflage the monkey in the forest canopy. Woolly monkeys grow large: both males and females grow to around 20 inches long. The monkeys sport a tail as long as their body, equipped with a pad near the end to grip trees and branches. Studies show that wooly monkeys in the wild often eat fruits, young leaves, and flowers.

Amacayacu Park (Amacayacu means “River of Hamocs” in the indigenous language) runs along the Amazon River, in the south of Colombia. The park is a common stop for eco-tourists and boasts lush rain forests, scenic river views, and over 5,000 different plant species. 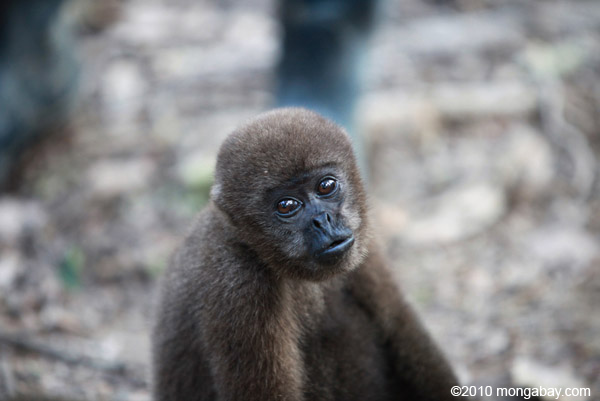 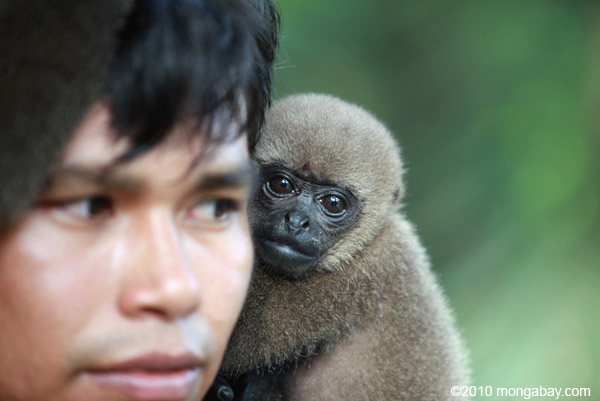