Posted By mongabay on Apr 15, 2013 in Photography, Photos, Wildlife 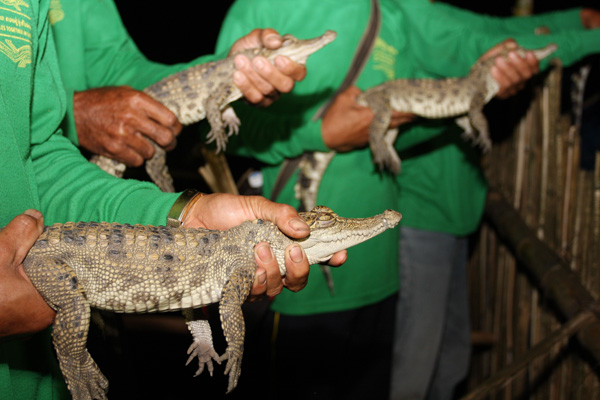 The Wildlife Conservation Society (WCS) has recently released 19 baby Siamese crocodiles into a local wetland in Lao PDR.  The eggs of the crocodiles were discovered and collected during a wildlife survey back in 2011, hatched and reared at Lao Zoo as part of the Community-based Crocodile Recovery and Livelihood Improvement Project.

The 19 month old hatchings were released near to where the eggs were found into a ‘soft release’ pen to acclimatise to their new surroundings.  They will remain in the pen for several months until the water levels rise and they can swim away during the rainy season.  In the mean time members of the Village Crocodile Conservation Group will guard and provide supplementary food to the hatchlings.

“We are extremely pleased with the success of this collaborative program and believe it is an important step in contributing to the conservation of the species by involving local communities in long term wetland management,” said Alex McWilliam a conservation biologist with WCS’s Lao PDR Program.

The hatchings, which were approximately 27 inches in length when released, will grow up to 10 feet when fully matured.

These animals are listed at Critically Endangered on the IUCN’s Red List due to overhunting and habitat degradation and loss.  They are now extinct in much of their former range through Southeast Asia except Cambodia. It is estimated there are less than 250 individuals left in the wild.  This success is positive news for their future. 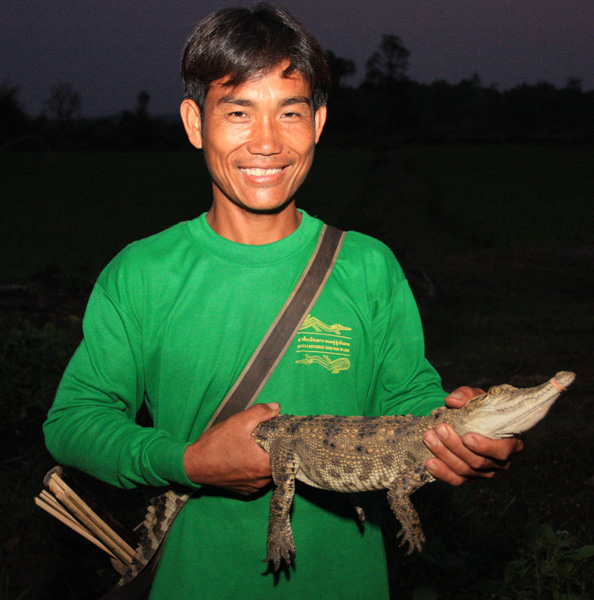 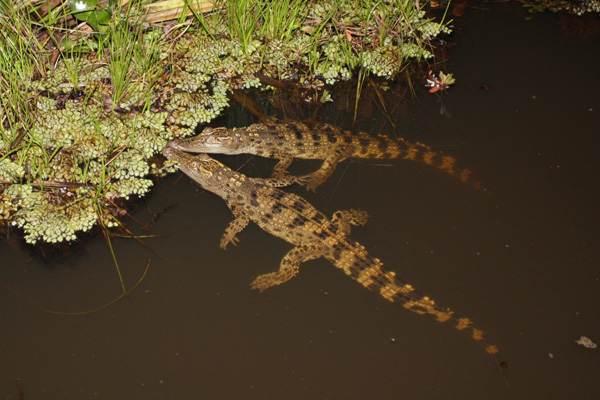 The Siamese crocodiles enjoy their new habitat after a long and bumpy eight hour journey from the Lao Zoo. Credit: Alex McWilliam/WCS.