Posted By mongabay on May 8, 2013 in Photography, Photos, Wildlife 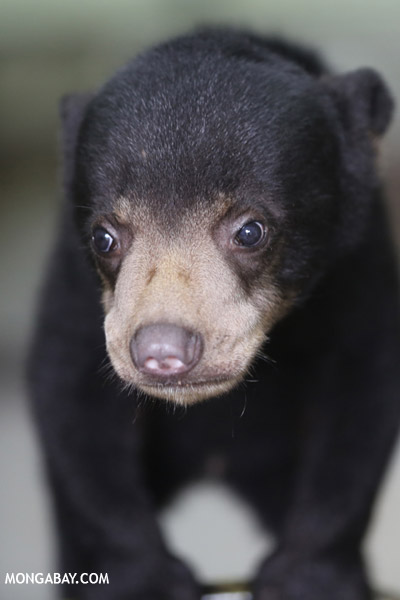 Baby sun bear at a rehabilitation center in Malaysia. Photo by Rhett A. Butler.

The Sun Bear (Helarctos malayanus) is the smallest member of the bear (Ursidae) family. A patch on their chest enables them to be individually identified by the size, color and pattern variations between individuals. Very little is known about the sun bear; however, they are believed to be found throughout Southeast Asia, from India to Borneo. Listed as vulnerable on the IUCN’s Red List and are believed to be extinct in some countries including Southern China, Tibet and Bangladesh. Sadly this species, like many others, is in decline due to habitat loss and poaching.