Posted By mongabay on Jun 19, 2013 in Photography, Photos, Wildlife 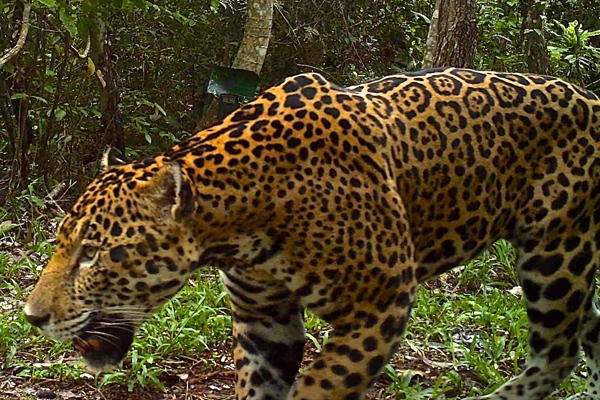 Individual jaguars “captured” in photos can be identified by their unique spotting patterns. (This photo, from the cover of the new manual, was taken in 2012 in Guatemala in an earlier survey.) Photo Credit: Rony Garcia © WCS

The Wildlife Conservation Society captured a photograph of a male jaguar using a remote camera trap, a unique contraption that is activated by motion or heat that takes pictures of animals in the wild that are normally hard to locate because of their elusiveness.

Since each jaguar has a unique pattern of spots, the WCS has integrated camera traps into their manual of methods in order to estimate jaguar population in Guatemala. But because jaguars roam around to seek prey, the WCS is leading a survey in Guatemala using numerous stations of camera traps to cover a 500-square kilometer area of forest to learn more about these animals, including how many exist in the region.

Jaguars are the third largest cat after the lion and the tiger, and are the only large cats found in the Western Hemisphere and is often confused with a leopard, but it is larger, more muscular, and more elusive. The jaguar’s preferred habitat is a rainforest environment, and they mainly reside in Central and South America.

Conservation efforts are underway to protect this mysterious creature since their induction on the IUCN Red List of Threatened Species as “Near Threatened”. As many as 18,000 wild jaguars were killed each year until the CITES of 1973 brought the fur trade to a near halt. Today, wild jaguars continue to be hunted due to conflict with humans, and their population numbers are further threatened by habitat loss, fragmentation, and lack of natural prey. 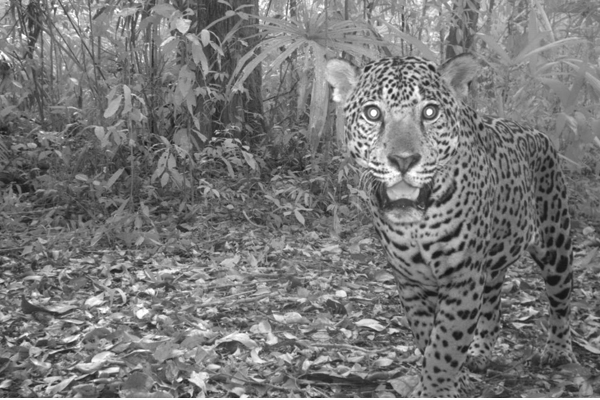 For unlucky prey, the last second glimpse of an approaching well-camouflaged jaguar might be the last. This photo is among the first collected from a large scale WCS-led camera-trap study in Guatemala.( Photo collected recently in 2013) Photo Credit: Rony Garcia © WCS