Posted By mongabay on Jul 1, 2013 in Environment, Photography, Wildlife 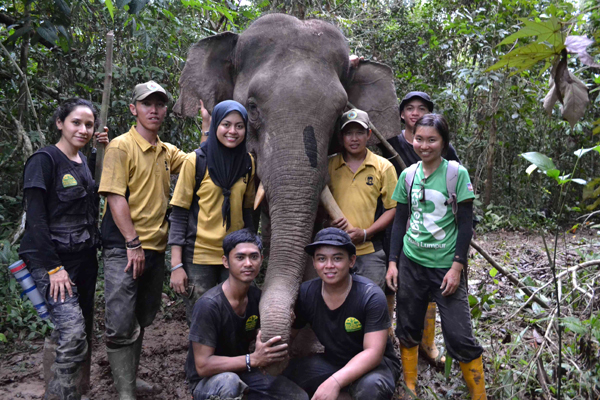 The collaring team (members of Wildlife Rescue Unit and DGFC) with Ita. Photo courtesy of the Danau Girang Field Centre.

A small group of students and volunteers in Malaysia successfully collared five Bornean elephants earlier this month in the Lower Kinabatagngan Wildlife Sanctuary.  This collaring mission was an effort led by Cardiff University PhD student Nurzhafarina Othman who is seeking to obtain data on the elephants that will support her research on the social behaviors of female Bornean elephants.  This recent collaring is of great importance, as it will allow for better management of the Bornean elephant population by the Sabah Wildlife Department and the Danau Girang Field Centre.

Prior to this project only three elephants were being tracked in the Kinabatangan.  The process of tracking elephants is challenging because it involves finding, sedating (darting), and collaring the elephants. When completed, however, the collars allow conservation organizations to monitor the locations of the elephants with GPS tracking. 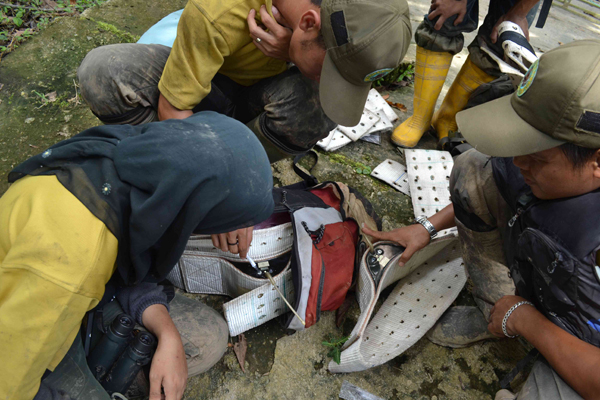 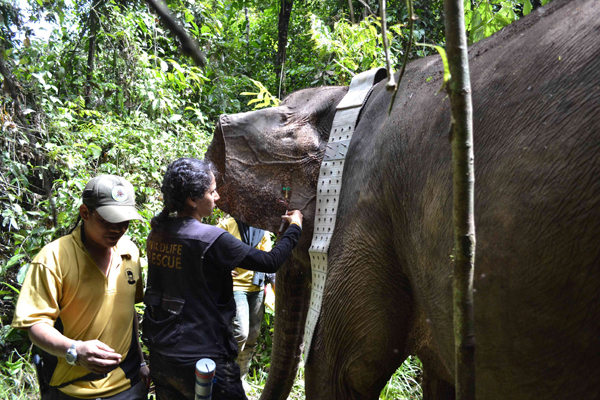 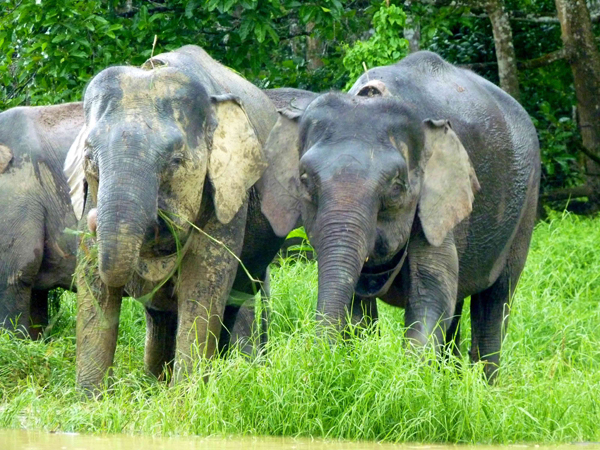 The herd with Bell and Tess and their new collar, and the bull, Gading (right), who was collared in October 2012 and lost the unit and still wear the belt. Photo courtesy of the Danau Girang Field Centre.