Posted By mongabay on Jul 5, 2013 in Photography, Wildlife 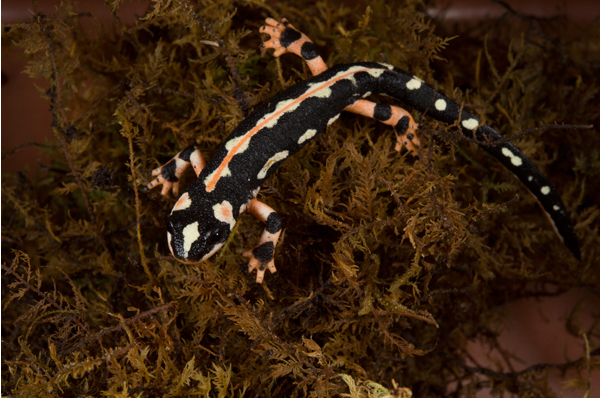 These black, white, and orange amphibians are found only in a five-square-mile region in Iran. Severe habitat loss and the illegal trade of these rare amphibians has driven the species to possibly be extinct in the wild, and they are officially ranked as critically endangered by the IUCN. The Kaiser’s spotted newts live in the Animals in Art exhibit at the WCS Prospect Park Zoo, which is also home to a Amphibian Crisis exhibit that highlights the serious challenges amphibians face around the world.