Posted By mongabay on Jul 23, 2013 in Photography, Photos, Wildlife 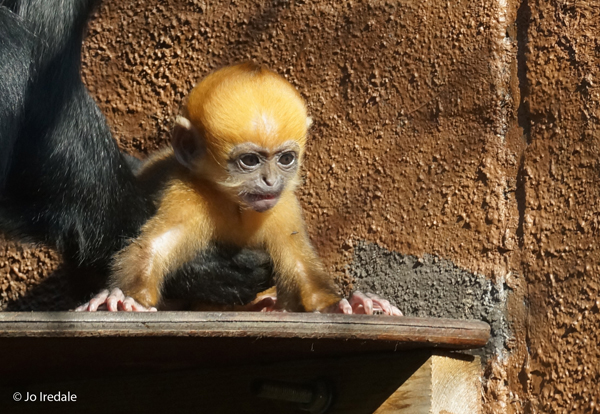 The ZSL London Zoo is home to a newborn François langur (Trachypithecus francoisi), one of the world’s rarest monkeys. Baby Chúa, whose name means “princess” in Vietnamese, is bright orange and described as having a crown-like tuft sticking up on her head.

While both parents are black in color, four-week old Chúa’s fiery tinted fur is characteristic of François langur babies and will transition to black in six months to a year.

Listed as an endangered species by IUCN, François langurs are found in tropical rainforests and limestone hills from Southwestern China to Northeastern Vietnam. Although the monkey species is widespread, the populations are fragmented and isolated, making it difficult to pinpoint the total number of wild individuals. In 2003, scientists believed there to be less than 500 remaining in Vietnam and an estimated 1,400 to 1,650 in China.

It is thought the species has declined by 50 percent over the past 36 years due to habitat loss from mining and harvesting wood, which has reduced food sources and created fragmented habitats. The species is also hunted for meat, traditional Asian medicines and black ape wine, a substance thought to cure fatigue.

François langurs tend to live in groups with a sole male and many females, along with their babies. The females in the troop help the mothers take care of their baby. As in the wild, the zoo reported that Chúa’s big sister and “aunt” have also been caring for tiny Chúa together with her mother. 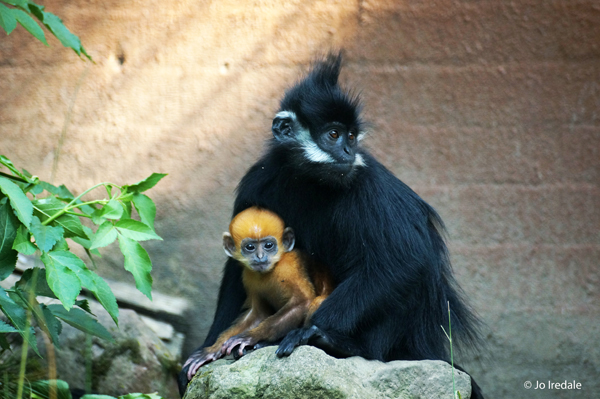