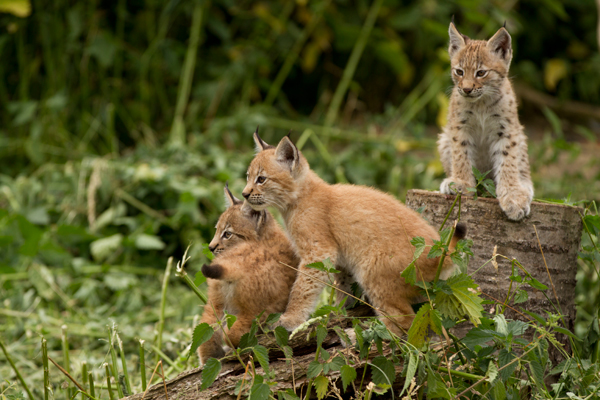 The triplets. Photo courtesy of the ZSL Whipsnade Zoo.

At eight weeks old, the three lynx kittens Ruby, Amber and Opal finally made themselves known to the public, playing in the enclosure under the watchful eye of mother, Maja. Lynx litters usually remain inside a den constructed by the female until they’re big enough to venture outside, at around seven weeks old. With their characteristic ear tufts, the playful lynx kittens are frequently spotted napping on logs or more likely play-fighting with their sisters.  These triplets are the third litter for Maja and male Timo, adding to the success of the lynx breeding programme at ZSL Whipsnade Zoo.

The European or Eurasian lynx (Lynx lynx) is native to Scandinavia and Russia, and is the largest of the four lynx species – with males weighing up to 30kg. It is also the only lynx species that relies on ungulates such as musk or red deer as a primary source of food, however when these are scarce, the lynx feed on mountain hares and various bird species. Populations of European lynx are currently classified as stable, being listed as Least Concern by the IUCN Red List. 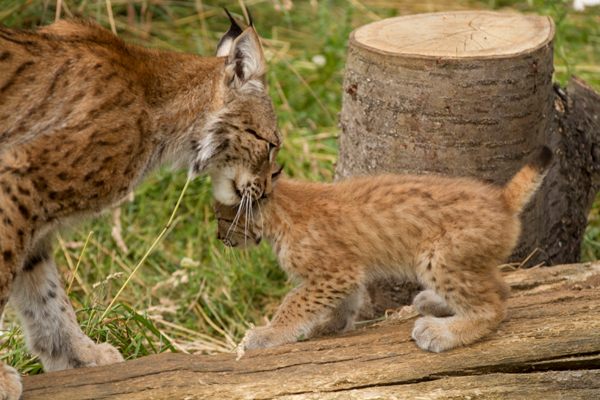 Mom pays some attention to one of the litter. Photo courtesy of ZSL Whipsnade Zoo. 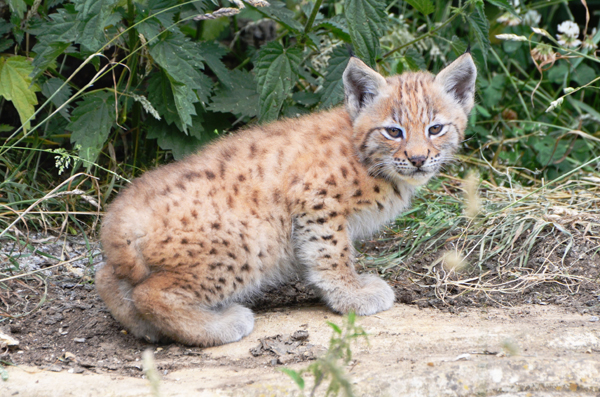 One of the adorable triplets. Photo courtesy of the ZSL Zoo.