Posted By mongabay on Sep 5, 2013 in Environment, Photography, Photos, Wildlife 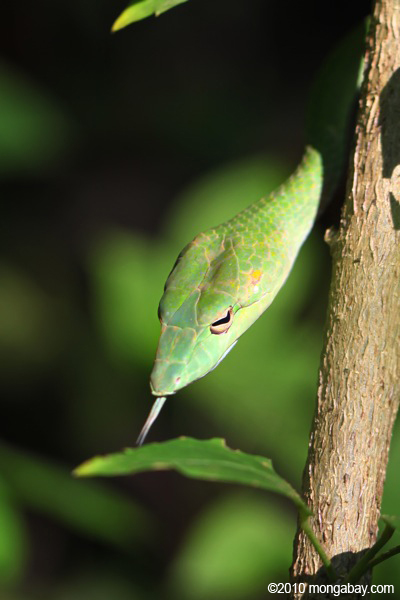 Photo by Rhett A. Butler / Mongabay.com

A shocking 449 species of reptiles call Sundaland home, of which 249 are endemic to the region. Indonesia has an extremely high level of biodiversity, which is most likely due to the great size and tropical archipelago make-up of the land. The Indonesian fauna is so vivid, that the colors of these snakes actually camouflage them into the background. Each of these snake’s coloring has evolved to blend in with where it tends to reside, meaning the brown snake most likely lives within the dead leaf litter and the green ones within the trees.

Population numbers of these animals has started to suffer as a result of the rapid industrialization of the nation and high population growth. Many species of Indonesian snakes have been subject to habitat exploitation, illegal logging, fires, or habitat loss in one way or another. 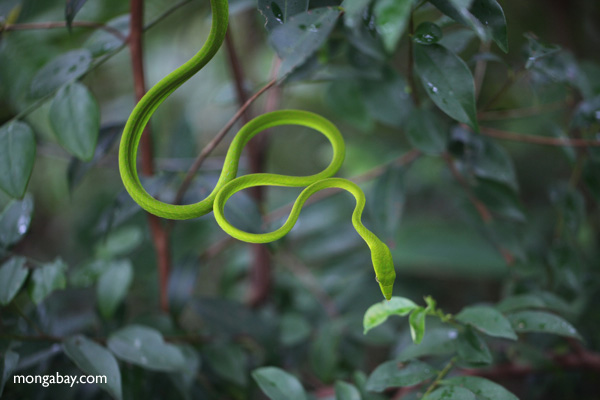 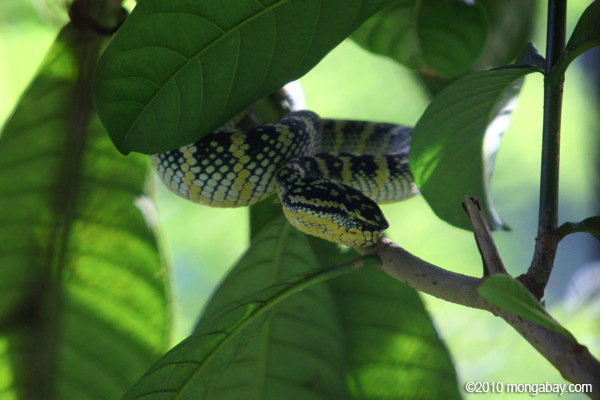 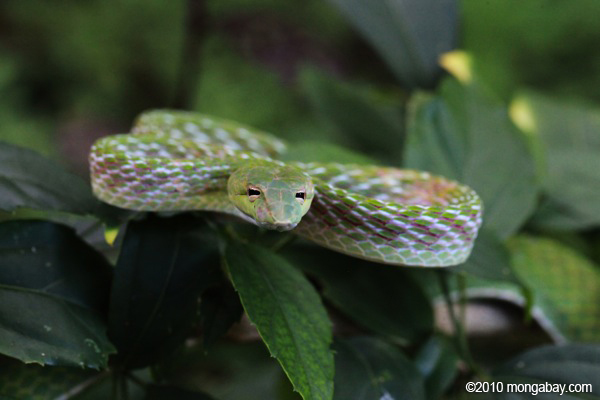