Posted By mongabay on Nov 14, 2013 in Uncategorized 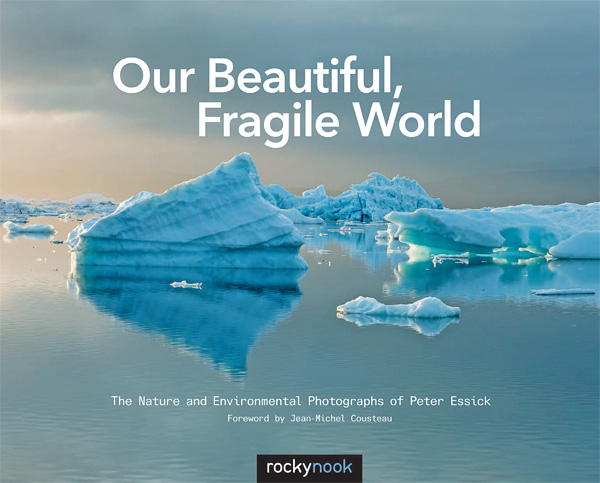 Our Beautiful, Fragile World: The Nature and Environmental Photographs of Peter Essick

Our Beautiful, Fragile World features a career-spanning look at the images of photojournalist Peter Essick taken while on assignment for National Geographic magazine. In this book, Essick showcases a diverse series of photographs from some of the most beautiful natural areas in the world and documents major contemporary environmental issues, such as climate change and nuclear waste.

Each photograph is accompanied by commentary on the design process of the image, Essick’s personal photographic experiences, and informative highlights from the research he completed for each story. Our Beautiful, Fragile World takes the reader on a journey around the globe, from the Oulanka National Park near the Arctic Circle in Finland to the Adelie penguin breeding grounds in Antarctica.

Our Beautiful, Fragile World will interest photographers of all skill levels. It carries an important message about conservation, and the photographs provide a compelling look at our environment that will resonate with people of all ages who care about the state of the natural world.

An excerpt from the text – The Boreal: A Great Forest Under Threat

The boreal forest is often referred to as Earth’s Green Crown. Tucked between the tundra to the north and the temperate zones to the south, the boreal region stretches across central Alaska, Canada, Scandinavia, and a huge swath of Siberian Russia. I jumped at the chance to do a story about these beautiful forest landscapes and contemporary environmental issues. 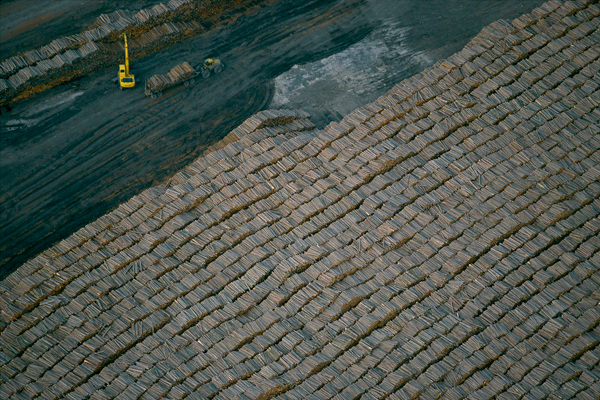 For the coverage, I wanted to photograph the boreal forest in every season. Winter in Russia sounded like great material, so I flew to St. Petersburg in April of 1999 for a six-week trip. My guide, Max, and I hired a driver and headed north towards the forests of Karelia. The first day’s drive ended when we had a flat tire somewhere that I couldn’t find on my map. On the third day, we arrived at a Russian Strict Nature Preserve near the Finnish border.

The preserves are usually reserved for scientists and are not open to the public. Max was able to negotiate access and persuade a ranger to stay with us at a guesthouse in the preserve. I took many pictures during our stay, the best being one of a solitary man walking by in a snowstorm after being caught fishing illegally. Each night after photographing, the three of us would go into a sauna behind the house. After about a half an hour of sweating, Max and the ranger would jump out and roll around in the snow as I watched in disbelief.

In the Ural Mountains, we had to hire a Russian helicopter to fly into a remote valley in the Komi National Park. We planned to stay in a lodge for three days and then have the helicopter return for us. On the third day, there was a blinding snowstorm,  the helicopter arrived anyway. During the flight out, Max panicked when he realized the pilot was flying almost blind. Fortunately, we landed safely and continued on our trip.

Next, I set out for Canada and Alaska in mid-summer. The distances are great, but I didn’t have to deal with the big language and cultural divides that I faced in Russia. Near Winnipeg in Manitoba, I took an aerial photo of a log yard of old-growth trees from the boreal forest. I later learned that the timber was being turned into pulp to make newsprint, a sad irony for me as a photojournalist.

I timed my trip to Sweden in the fall to photograph the autumn colors. The tree species of pine, spruce, and birch are all remarkably similar in the boreal forests around the globe. The deciduous birch trees’ leaves turn golden-yellow in the fall, and I found some nice colors at Färnebofjärden National Park on the southern edge of the boreal. In Swedish Lapland, I was driving down a remote dirt road when all of the sudden a large group of reindeer appeared and crossed the road. A Sami man was herding several hundred through the forest. Then, right in front of me, two of the reindeer started locking their horns. The males were so engrossed in their fight for mating rights that I was able to photograph them closely for several minutes.

Scientists now know that the boreal forest plays a key role in the future of climate change. Huge amounts of carbon and methane are locked up in the bogs and permafrost. If these greenhouse gases are released by global warming, the consequences are frightening.