Posted By mongabay on Nov 21, 2013 in Photography, Wildlife 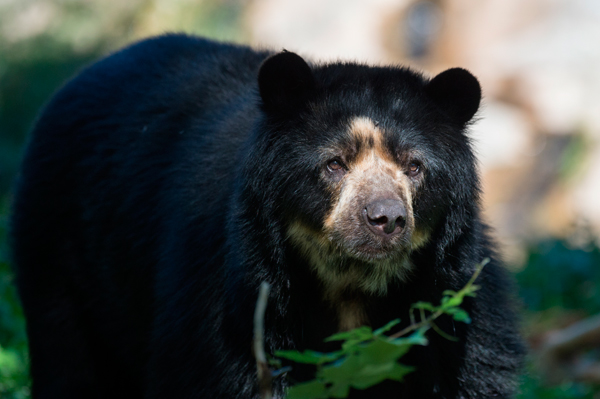 The Andean bear (Tremarctos ornatus) is the only endemic bear on the continent of South America.  The IUCN lists the species as Vulnerable to risk of extinction, with habitat loss and hunting as drivers behind its dwindling numbers.  This elegant species is sometimes referred to as the spectacled bear due to occasional markings around the eyes that resemble glasses.

The Wildlife Conservation Society’s Queens Zoo has welcomed an ambassador of the Andean bear, a 2 year-old male named Bouba. Hailing from a zoo in France, Bouba will share his new home with a female friend of the same species, Spangles.

WCS conducts research on Andean bears across multiple countries in South America and aims to develop local habitat conservation of the Andean bear and mitigate threats such as human-wildlife conflict. WCS works in tandem with Cleveland Metroparks Zoo and Cleveland Zoological Society, the Andean Bear Conservation Alliance, and other supporters to protect the future of the Andean bear. You can learn more about their efforts or donate to the projects by going to wcs.org.