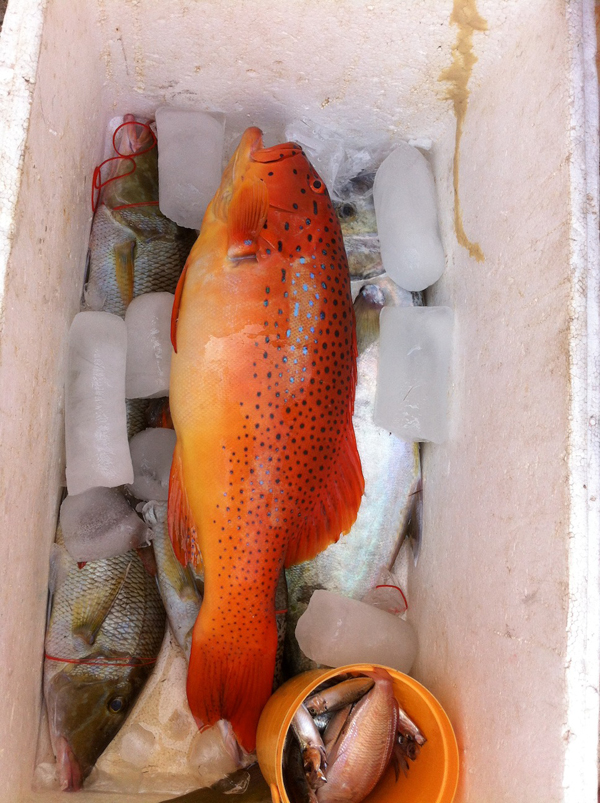 March is leopard coral grouper season in South Sulawesi’s Spermonde islands. The live fish sell for $30 per kilogram. Dead fish fetch less than a third of that price. Careful hook and line fishermen can sometimes manage to keep their catch alive. But a surer method is to stun the fish with cyanide, an illegal but widespread practice.

This photo was taken by Mongabay.org’s Special Reporting Initiatives fellow Melati Kaye, while she was in Sulawesi reporting on the live reef fish trade to East Asia.