Reporter’s Journal: from the fish warehouse 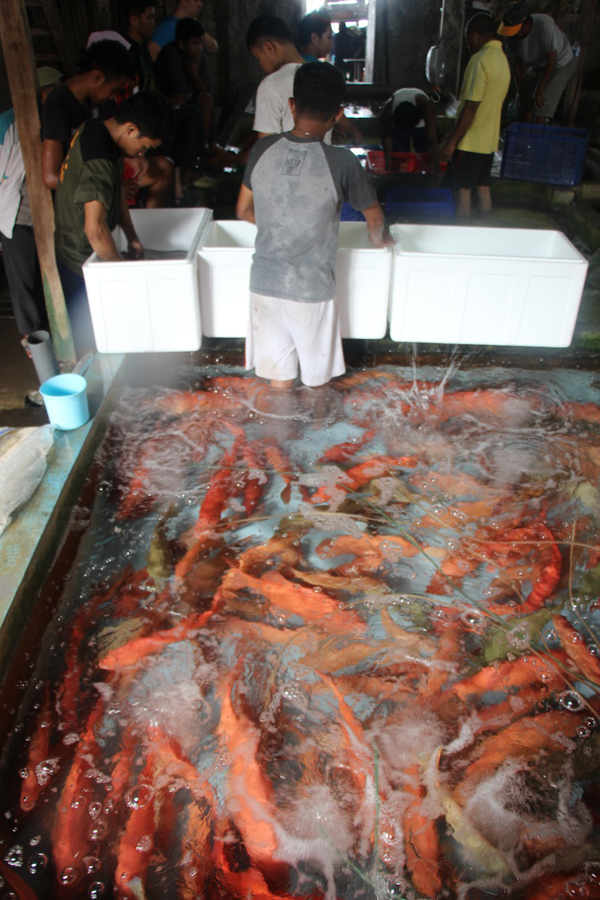 A worker packs Leopard Coral Grouper in a warehouse in Makassar, Indonesia. Indonesia is one of the world’s largest suppliers of live reef fish, mostly to East Asian markets. Though selling live reef fish is legal in Indonesia, many of the fish are caught illegally using cyanide.