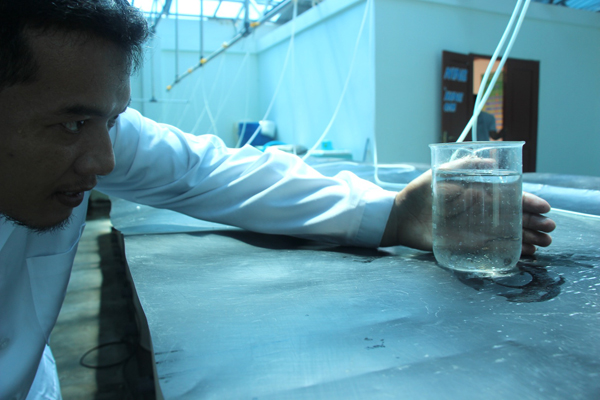 A technician checks on week-old shrimp larvae or nauplius, at the world’s largest shrimp and mollusk broodstock center in Bugbug, Indonesia. The center hopes to become a major supplier inexpensive and healthy “parent” shrimp to Indonesia’s domestic shrimp farming industry, to reduce reliance on pricier and occasionally disease-ridden imports from abroad. Indonesia is one of a handful of shrimp-producing countries unaffected by the outbreak of Early Mortality Syndrome, which has decimated farmed shrimp in top-producing countries like Thailand, China and Vietnam over the last two years.