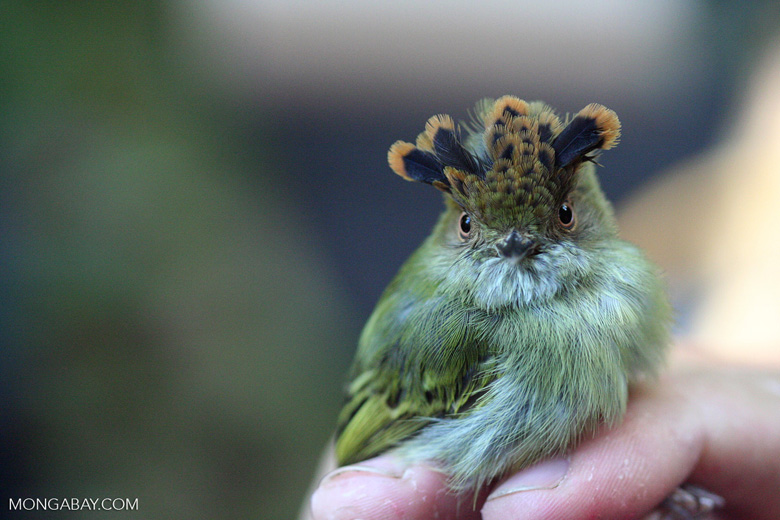 Scale-created pygmy tyrant in southern Costa Rica in 2008. Photo by Rhett A. Butler

Mongabay’s mascot is the scale-crested pygmy-tyrant (Lophotriccus pileatus), a type of flycatcher that lives in the lowland rainforests of Central America and northern South America.

This individual was in the process of being tagged by researchers in Las Cruces Biological Station, Puntarenas, Costa Rica.

The scale-crested pygmy-tyrant is a beneficiary of Mongabay’s internal carbon offsetting initiative, which funds forest conservation of its habitat in the Colombian Choco.