Dead trees in the desert (photo) 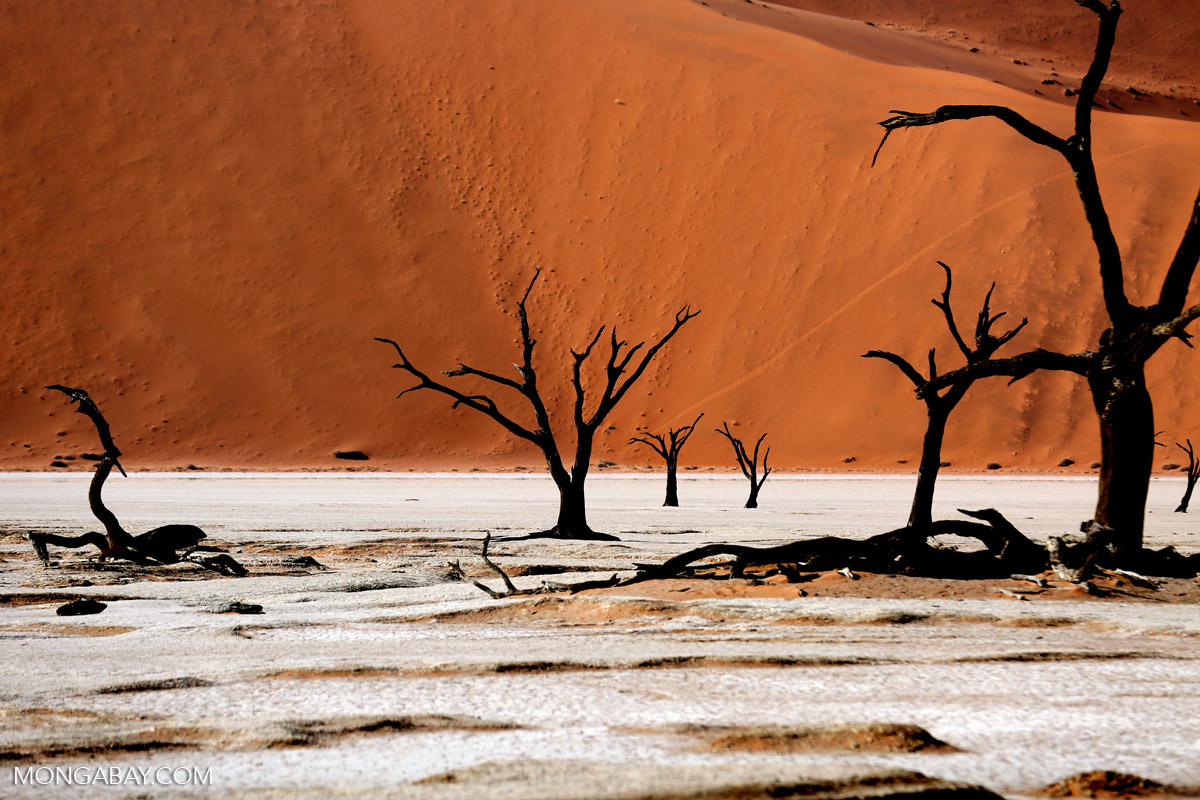 Deadvlei in Namib-Naukluft Park, Namibia. Photo taken in 2013 by Rhett A. Butler.

Deadvlei is a famous site in #Namibia’s Namib-Naukluft Park. Its name means “dead marsh” in reference to the unusual white clay pan that formed after flooding from a nearby river. Acacia trees sprouted in the shallow pools only to die when the water dried up after the surrounding sand dunes shifted. Today the site is a popular attraction for tourists and photographers.