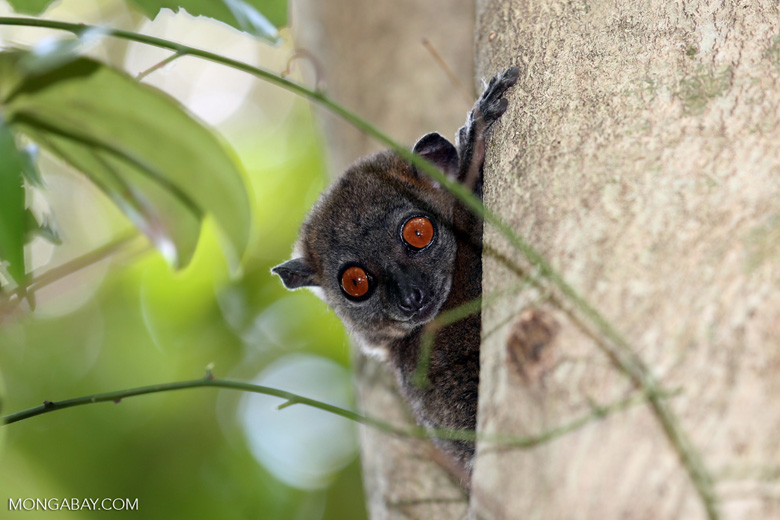 Ankarana sportive lemur in Ankarana National Park, Madagascar. A number of lemur species are threatened by logging in Northeastern Madagascar. The majority of lemurs are considered at risk of extinction. More lemur photos. 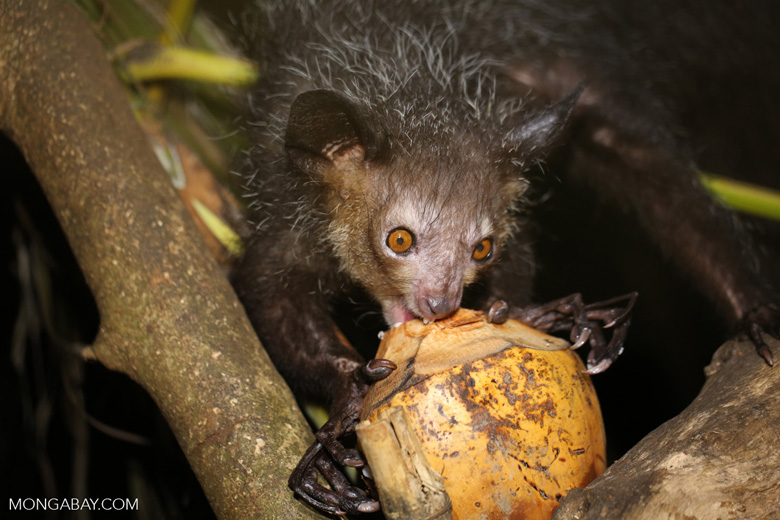 A strange lemur for Halloween (photo)

The aye-aye is one of the world’s strangest animals. Found only in Madagascar, this lemur aye-aye befuddled early naturalists with its unusual appearance and behavior. More pictures of the aye-aye. 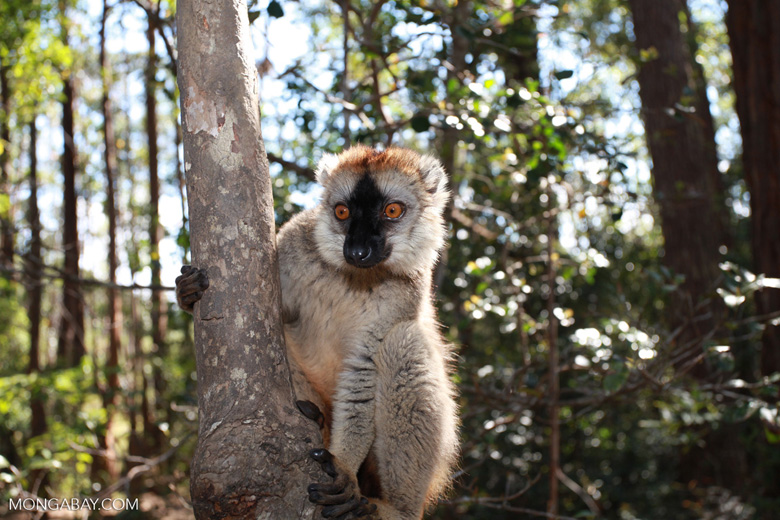 Posted By jlhance on Mar 2, 2011 in Photography, Photos, Wildlife

The world’s bamboo lemurs are also known by the more evocative name, the gentle lemurs. Currently these lemurs are separated into five species, all of which are threatened with extinction. These photos are of the Eastern Lesser Bamboo Lemur which is classified as Vulnerable by the IUCN Red List. Photos by Rhett A. Butler. More photos of bamboo...

From the Science Channel show Mutant Planet, this episode on Madagascar looks at the bizarre turns evolution takes on one of the world’s most unique islands. To find out more information and see more videos from the production: Mutant Planet:...

Verreaux’s sifaka is a lemur which can be spotted in Madagascar’s deciduous forest habitats including Andohahela, Berenty, Beza-Mahafaly, Isalo, and Kirindy.