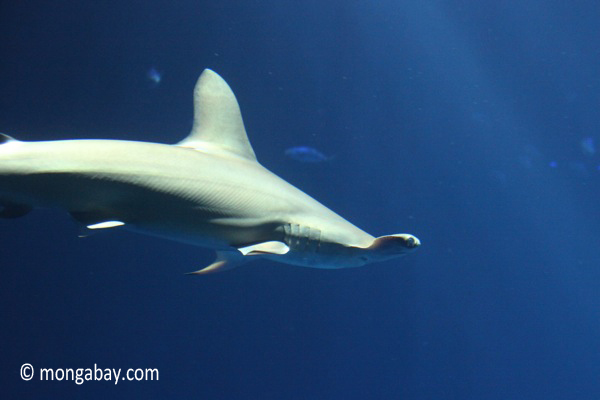 Posted By jlhance on Jun 8, 2011 in Environment, Oceans, Photography, Photos

Coastline in Colombia. Photo by: Rhett A. Butler. Celebrated since 1992, today is World Oceans Day! As apart of the day’s festivities, conservation organization Oceana is asking people to become Ocean Heroes by pledging to recycle, clean up a local waterway, or eat only sustainable seafood for the summer! Purple-striped jellyfish at the Monterey Bay Aquarium. Photo by: Rhett A. Butler. Leopard shark in a kelp forest at Monterey...

Economic worth of living sharks (video)

Malagasy family helping fisherman take his boat out to sea . Photo by Rhett A. Butler. Or, Guitarfish a Go-Go- Bribes and barrages in Belo-sur-Mer By: Brian Jones, Blue Ventures Conservation in Belo-sur-Mer, Menabe, Madagascar. YOU’VE got to admire the mettle of people who, despite the cards being seemingly insurmountably stacked against them, can still stick to their guns and stand up for what they believe in. I didn’t give...

Posted By Mongabay on Jan 16, 2011 in Uncategorized