Note: as a news organization mongabay.com does not endorse the action below, but believes its readers may be interested in taking action or discussing the issue in comments. Horton Plains slender loris. Photo courtesy of EDGE. Researchers estimate that only 80 Horton Plains slender loris (Loris tardigradus nycticeboides) survive in the world. After believed to be extinct ZSL EDGE rediscovered the subspecies in a dwindling Sri Lanka...

Posted By jlhance on May 24, 2011 in Environment, Forests

After five years of campaigning, two Girl Scouts fighting palm oil in Girl Scout cookies are receiving wider media coverage this week after meeting with heads of Girl Scouts of the US. The organization has now agreed to research different options, such as sustainably-grown palm oil or using another ingredient, reports the Wall Street Journal. Above, the Girl Scout activists are interviewed on the CBS Early Show. For more information:...

Posted By jlhance on Apr 26, 2011 in Environment, Forests

Posted By jlhance on Mar 30, 2011 in Environment, Forests, Photography, Photos

Forest clearing in Sumatra for palm oil plantation. Photo by: Rhett A. Butler. Two Girl Scouts are asking their organization why palm oil is an ingredient in pervasive and popular Girl Scout Cookies. Madison Vorva and Rhiannon Tomtishen, after their concerns about the environmental and social impact of palm oil have long been ignored by the heads of the Girl Scout organization, have joined with the Rainforest Action Network (RAN) to... 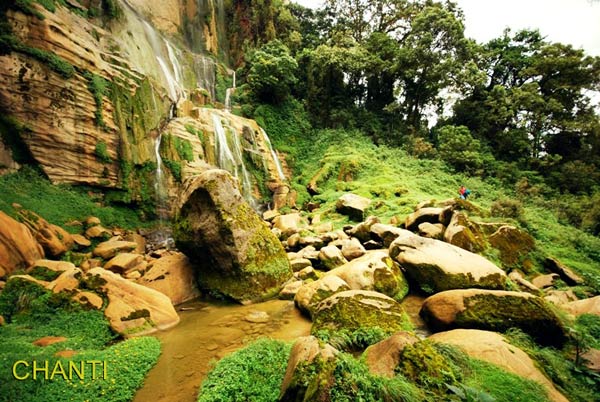 Volunteer opportunity in the Peruvian Amazon

Posted By jlhance on Mar 6, 2011 in Environment, Forests, Travel

Chanti waterfall. Photo courtesy of: The Amazon Waterfalls Association. Have you ever dreamed of visiting the Amazon? How about touring little-seen jungle waterfalls—one of which is three times taller than the Eiffel Tower and 17 times taller than Niagara Falls? The Amazon Waterfalls Association is looking for a few good volunteers to help develop walking paths passing by a series of astounding waterfalls in Peru. “The trek...

The view from the air

Posted By jlhance on Jan 20, 2011 in Forests, Photography, Photos, Wildlife

New Guinea from above

Posted By jlhance on Nov 18, 2010 in Forests, Oceans, Photography, Photos

Winding river makes its way to the sea in the lowland rainforests of west New Guinea. Photo by: Rhett A. Butler. Click to see more photos of New Guinea.